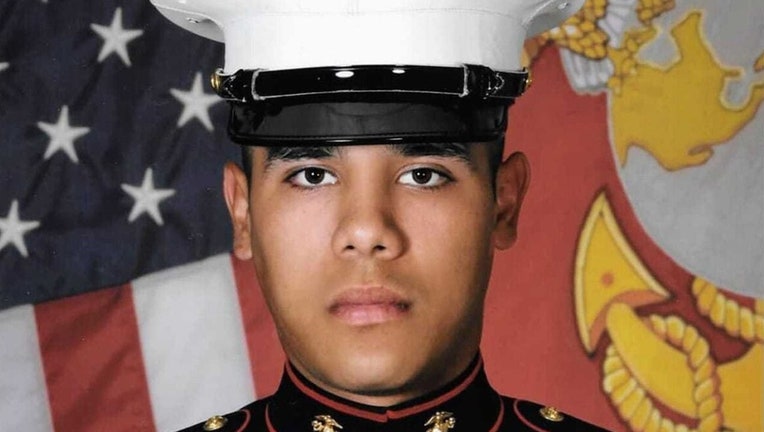 SYDNEY - (AP) -- A decorated U.S. Marine has died in Australia from injuries sustained in a military training accident.

A statement from the U.S. Marines said Lance Cpl. Hans Sandoval-Pereyra, 21, from Fairfax, Virginia, died on Wednesday in Royal Darwin Hospital due to injuries suffered on the weekend in a tactical vehicle accident.

The accident occurred during a routine training exercise at an Australian military facility near Darwin, in the country's far north, the statement said.

Sandoval-Pereyra, an expeditionary airfield systems technician assigned to the Marines' Aviation Combat Element, had received honors including the National Defense Service Medal and the Global War on Terrorism Service Medal.

One other Marine received minor injuries from the accident and was released from the hospital.

The cause of the accident is being investigated.

"He was a beloved member of our community and our deepest sympathies go out to his family and friends," he said. "We are extremely grateful to our Australian partners for their valiant efforts to save this young Marine's life."

About 2,500 US Marines are stationed in Darwin as part of an annual rotation program.

The accident follows the death of three other U.S. Marines in 2017 when their aircraft crashed into the sea off Queensland state during a training exercise.