WASHINGTON - House Speaker Nancy Pelosi ordered the flags at the U.S. Capitol to be flown at half-staff following the death of a U.S. Capitol Police Officer who died after he was injured when President Donald Trump's supporters stormed the Capitol.

Pelosi's Deputy Chief of Staff, Drew Hammill, made the annoucement Friday morning. Images from the Capitol showed a flag being lowered. 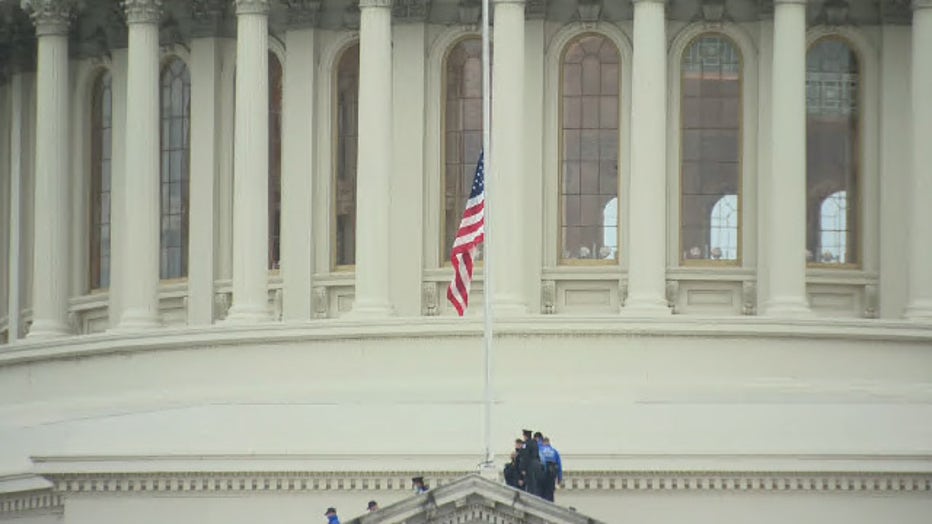 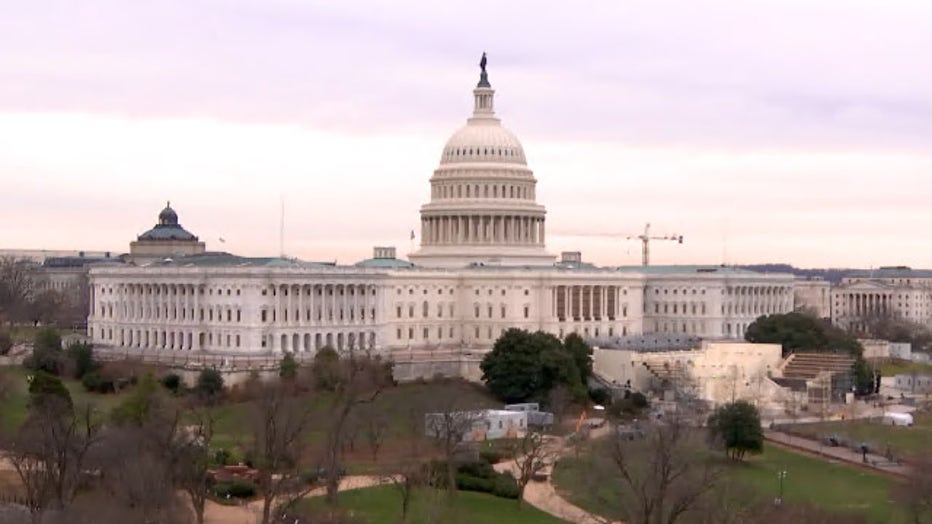 FOX 5’s Bob Barnard has the latest on the Capitol Police investigation following deadly riots at the U.S. Capitol.

Police say Sicknick was responding to the riots at the Capitol when he was injured while physically engaging with protesters. He returned to his division office and collapsed.

Sicknick was transported to a local hospital where he succumbed to his injuries, according to police.

Sicknick joined the U.S. Capitol Police department in July 2008 and most recently served in the USCP's First Responder’s Unit.