Capitol police confronted with another tragedy

WASHINGTON (FOX 5 DC) - U.S. Capitol Police have identified the officer killed after a man rammed his car into a barricade Friday, killing one officer and injuring another.

The officer killed has been identified as Officer William F. Evans, an 18-year veteran of the U.S. Capitol Police. 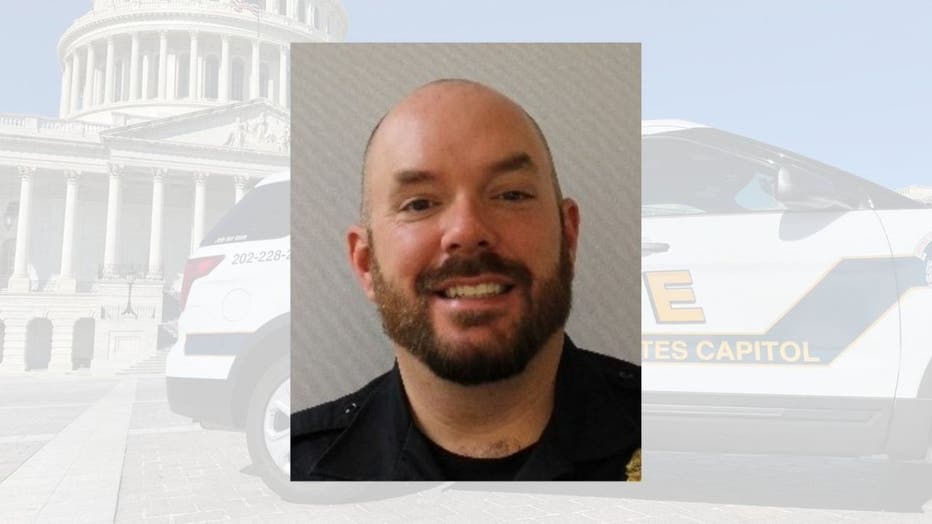 "It is with profound sadness that I share the news of the passing of Officer William 'Billy' Evans this afternoon from injuries he sustained following an attack at the North Barricade by a lone assailant," Acting U.S. Capitol Police Chief Yogananda Pittman said in a statement. "Officer Evans had been a member of the United States Capitol Police for 18 years. He began his USCP service on March 7, 2003, and was a member of the Capitol Division’s First Responder’s Unit. Please keep Officer Evans and his family in your thoughts and prayers."

The U.S. Capitol campus went into a lockdown around 1:00 p.m. on Friday after reports of an external security threat. USCP later confirmed a suspect, now identified as 25-year-old Noah Green, had rammed into two USCP officers at the North Barricade vehicle access point on Constitution Ave.

Both officers were taken to the hospital where Officer Evans later died.

The suspect got out of the car during the incident and rushed at an officer with a knife. He was shot by USCP and transported to the hospital where he later died.

Shortly after the incident, a large police presence had gathered at George Washington University Hospital, where the officers were taken.

House Majority Speaker Nancy Pelosi ordered the flags at the U.S. Capitol in D.C. to be flown at half staff.

"Today’s loss of Officer William Evans is heart-wrenching. My thoughts are with his family, loved ones, and all of the members of Capitol Police who are impacted by this tragedy. I continue to pray for the other injured officer and his family.

"I’m thankful for the service of our Capitol Police and National Guard who risk their lives daily to protect our democracy and who have withstood immense hardship and pain over the last months. We are forever indebted to you and the sacrifices you and your families have made."