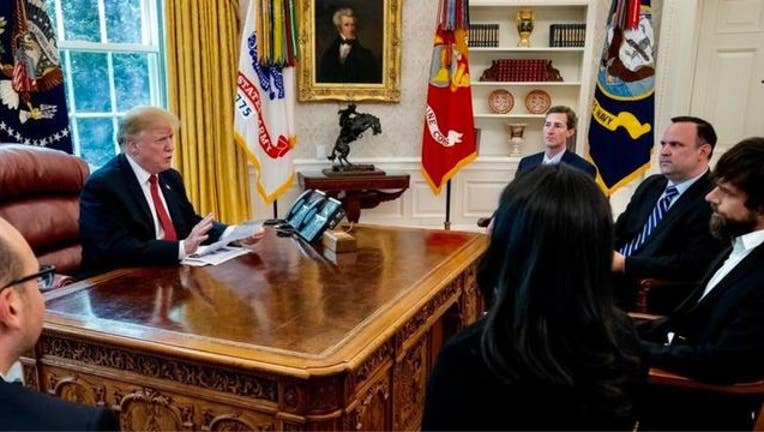 She said the money will help undocumented, mixed-status, and low-income households in San Francisco: $5 million will go toward food security, $5 million to housing access, and $5 million to supporting workers and small businesses.

Breed said that Dorsey's donation more than doubles the total contributions to Give2SF and brings the total funding to $26.3 million.

“COVID-19 affects us all, but disproportionately affects those who were already in need,” Dorsey said in a statement. “It’s important to acknowledge this fact and provide more support to those who are struggling. Food and shelter to weather this crisis is critical, and I want to thank the Mayor and City of San Francisco for ensuring these funds will help people directly and immediately.”

The donation to REFORM Alliance, a criminal justice advocacy group led by CNN analyst Van Jones, will buy 10 million face masks and other personal protective equipment for people who are incarcerated, as well as correctional officers, health care workers and other prison employees.

Many African American, Latino, immigrant, and low-income communities in San Francisco have been especially hard-hit by the coronavirus, Breed's office noted.

Many are further disadvantaged by the fact that they do not qualify for the Coronavirus Aid, Relief, and Economic Security CARES Act or loan programs because of immigration status.

Even before the global outbreak of COVID-19, Breed's office noted the rates of chronic illness, poor housing conditions, and low wages were already concentrated in these groups and the virus has disproportionately impacted these groups as well.

For example, Latino people make up 40% of reported cases of COVID-19 even though they make up just 15% of San Francisco’s population, Breed's office said.

The $15 million in funding from #StartSmall will:

IF YOU'RE INTERESTED: Anyone interested in making a monetary contribution to the City and County of San Francisco’s Give2SF Fund can do so at www.Give2SF.org. Money can be donated via check or wire to the Office of the Controller or through the Give2SF website via credit card. It is preferable that large donations be made by check or wire so no credit card merchant fees are incurred.