Brother of NAACP leader killed in Turks and Caicos speaks out

The outpouring of tributes continues for Kent Carter, the beloved Arlington NAACP vice president who was murdered Sunday in an ambush shooting in Turks and Caicos. FOX 5's Tom Fitzgerald spoke with Carter's brother about the tragedy.

WASHINGTON - The outpouring of tributes continues for Kent Carter, the beloved Arlington NAACP vice president who was murdered Sunday in an ambush shooting in Turks and Caicos.

Carter was on vacation returning from a jet ski trip when Turks and Caicos police said a group of gunmen opened fire on the hotel shuttle he was traveling in.

The family of the local activist tells FOX 5 they want to know why the U.S. government didn't do more to warn people about the danger of traveling to the popular islands.

Barry Cantrell is Carter's half-brother. On Sept. 28, they celebrated Carter's 40th birthday. Now, his family is preparing funerals in Arlington and back home in Tennessee.

Carter, a realtor, veteran and former special agent, died on Oct. 2. But the State Department didn't issue a level 2 travel advisory for Turks and Caicos until Wednesday. 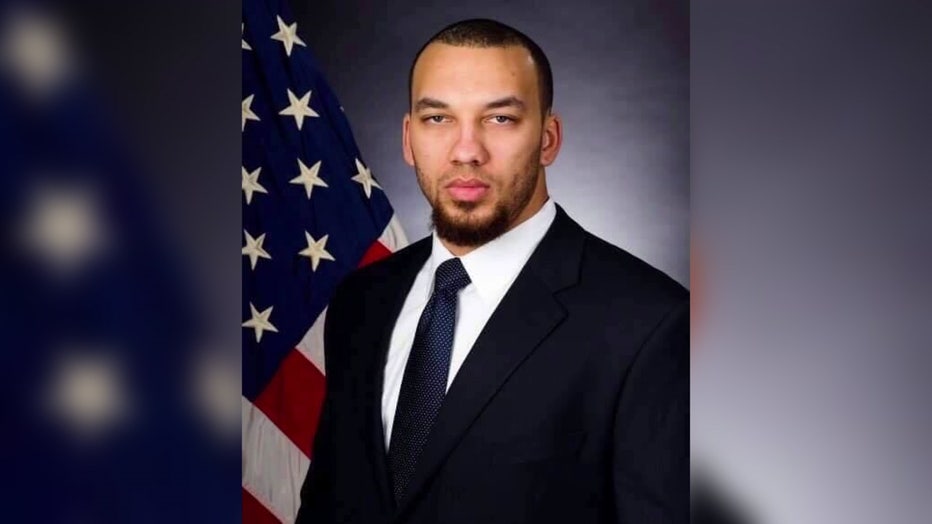 The State Department's level 2 advisory is the second-highest alert. While a level 3 advisory asks Americans to reconsider travel, the State Department says this move was made to "exercise increase caution in the Turks and Caicos Islands due to crime."

"Widespread or organized violent crime is present in the country and local law enforcement have limited ability to respond to serious crimes," the warning reads.

FOX 5 has learned that Kent Carter - a prominent community leader and realtor from Arlington - was killed while on vacation in Turks and Caicos. The Arlington County NAACP confirms Carter was killed when a vehicle he was traveling in was ambushed. Police in Turks and Caicos say the car was on its way back from an excursion when a group of men with guns opened fire on the vehicle - killing Carter - an innocent bystander.

Cantrell believes that an earlier advisory might have saved his brother's life.

"I’m just shocked about security, I mean when you go on vacation that’s the one thing on my mind," Cantrell said. "What? Where? That is the biggest thing. How’d it happen? [There's] still a lot of questions."

Carter's girlfriend Alana was by his side when the armed gang members – who are a growing danger on the resort island – attacked and shot up their vehicle.

Cantrell spoke with Alana and says she is recovering.

Carter's family says they are taking comfort in the enormous amount of support they've received.

"He had a passion about anything he did, and once he moved to this area, I guess he saw the need for a voice," Cantrell said. "Until I came up here and seen his friends up here, I didn’t realize how much more he was doing for the NAACP and the other organizations. He was a busy man with real estate, but he was still giving time to help others."

Cantrell tells FOX 5 that the family does not know when Carter's body will be returned to the U.S.

His colleagues at Keller Williams Metro Center launched this GoFundMe page to help his family with immediate expenses and support his 14-year-old daughter. More than $25,000 has been raised.