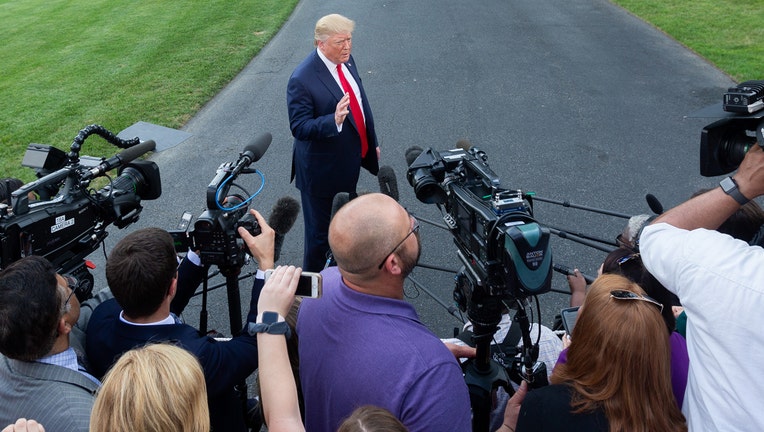 President Donald J. Trump speaks with reporters on the South Lawn driveway of the White House Thursday, Aug. 1, 2019, prior to boarding Marine One to begin his trip to Cincinnati. (Courtesy Photo by Megan McFarland)

WASHINGTON - President Donald Trump is tweeting about a reported burglary at the Baltimore home of Rep. Elijah Cummings. Trump has denigrated Cummings this week, calling his majority-black district a "disgusting, rat and rodent infested mess."

Police said they received a report of a burglary at 3:40 a.m. Saturday at a West Baltimore home, but it was unknown whether property was taken. The Baltimore Sun, citing state property records, reported the break-in happened at Cummings' home.

The break-in came hours before Trump launched a Twitter tirade against Cummings.

This story has been corrected to reflect that the reported incident is a burglary, not robbery, according to a report received by police.

Trump steps up attack on black lawmaker, calls him 'racist' |

Trump’s son-in-law, Jared Kushner, owns properties in the Baltimore region, some of which have been hit with code violations |