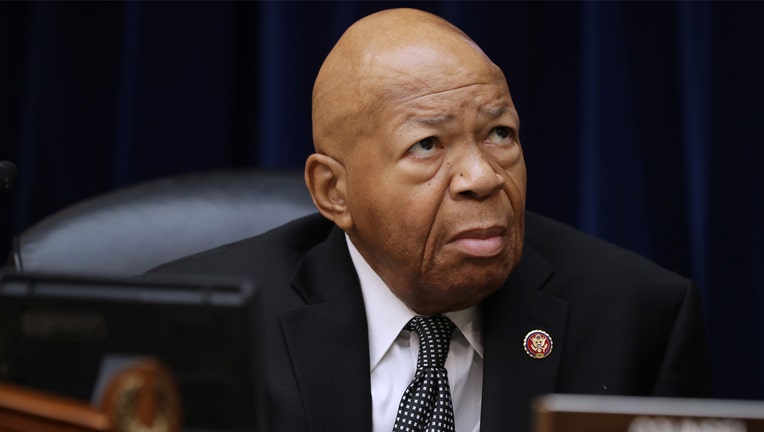 Elijah Cummings (D-MD) is the latest congressman in the crosshairs of President Donald Trump.

“Rep, Elijah Cummings has been a brutal bully, shouting and screaming at the great men & women of Border Patrol about conditions at the Southern Border, when actually his Baltimore district is FAR WORSE and more dangerous,” he tweeted Saturday morning.

Trump was apparently referring to Cummings' questioning of border officials in his role as chairman of the House Oversight Committee. This month, he yelled at acting Homeland Security chief Kevin McAleenan for saying the department was doing its “level best” when it comes to the humanitarian crisis at the border.

"What does that mean? What does that mean when a child is sitting in their own feces, can't take a shower? Come on man,” he yelled. “What's that about? None of us would have our children in that position. They are human beings."

Cummings later questioned whether there was an “empathy deficit,” a remark that appeared to anger McAleenan, who noted the agents make more than 4,000 rescues a year.

The comments may have also angered Trump, who on Saturday said that the detention centers at the border are “clean, efficient and well run, just very crowded.” He then compared that to the conditions in Cummings' district.

“Cumming[s'] District is a disgusting, rat and rodent infested mess. If he spent more time in Baltimore, maybe he could help clean up this very dangerous & filthy place,” Trump tweeted, before calling for an investigation into why Baltimore received so much federal funding.

“Why is so much money sent to the Elijah Cummings district when it is considered the worst run and most dangerous anywhere in the United States. No human being would want to live there. Where is all this money going? How much is stolen? Investigate this corrupt mess immediately!"