Trump claimed as he left the White House on Tuesday the building has been flooded with letters, emails and phone calls thanking him for "for getting involved." He says, "Those people are living in hell in Baltimore" and "really appreciate" what he's doing. 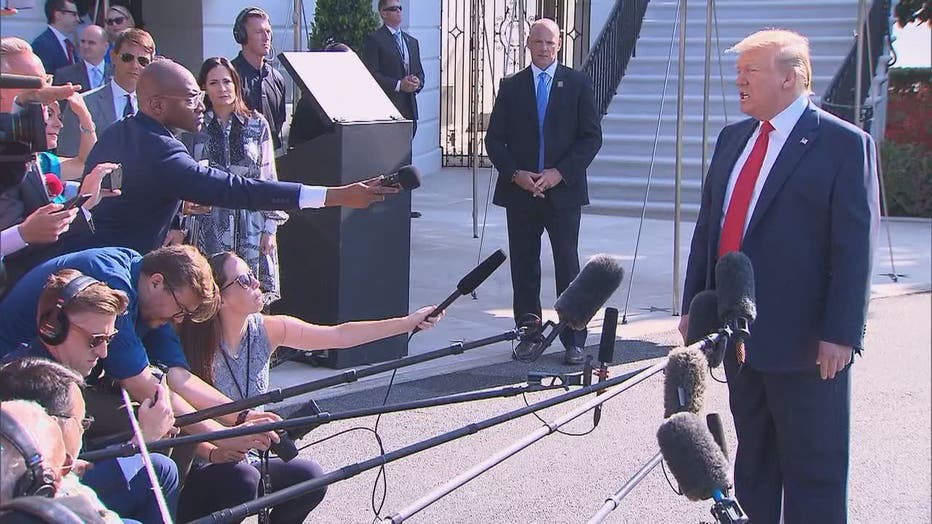 Trump also declares himself "the least racist person" in the world, despite his recent comments and racist tweets. He says "African American people love the job" he's doing, despite his unpopularity in polls.

A Cummings supporter, the Rev. Al Sharpton, has called Trump a bigot.