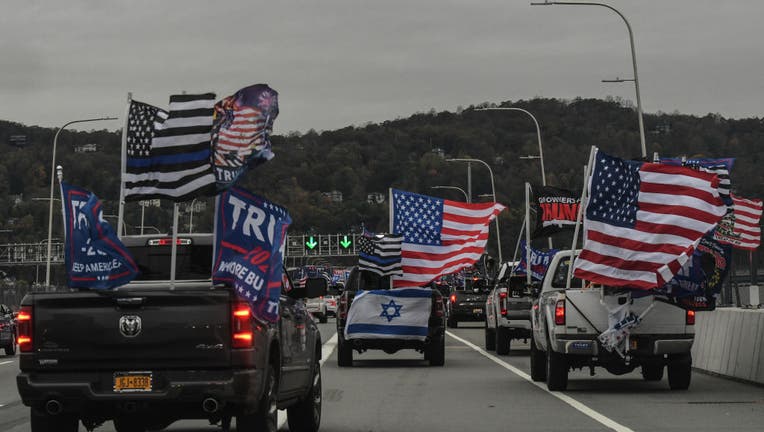 The 'Trump Trains' briefly blocked off traffic on the Garden State Parkway and the Gov. Mario M. Cuomo Bridge, with supporters waving flags and honking horns to show their support for President Trump.

Similar events were held across the nation on Sunday, including in Washington, D.C., where hundreds of the President's supporters took to the road.

The events follow another high-profile one Saturday in Texas, where Democrats say the Biden/Harris campaign had to cancel events because of cars with Trump flags surrounding a campaign bus for hours.

There was one reported "minor collision" during the caravan in Texas.

President Trump retweeted a video of the caravan with the caption: "I LOVE TEXAS!"