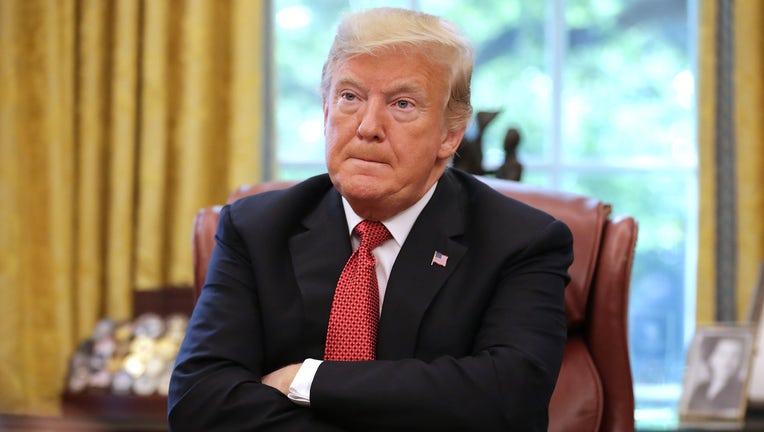 (FOX NEWS) - President Trump warned Thursday he will "call up the U.S. Military and CLOSE OUR SOUTHERN BORDER" with Mexico if officials there don't stop the northward flow of a growing migrant caravan that's swelled in size to about 4,000 people.

The president's latest threat against the caravan that originated in Honduras - and which is heading to the U.S. in a bid to escape Honduras' poverty and violence - comes as Secretary of State Mike Pompeo is heading to Central America to talk with leaders about the issue.

"I am watching the Democrat Party led (because they want Open Borders and existing weak laws) assault on our country by Guatemala, Honduras and El Salvador, whose leaders are doing little to stop this large flow of people, INCLUDING MANY CRIMINALS, from entering Mexico to U.S.," Trump tweeted Thursday morning.

He added: "In addition to stopping all payments to these countries, which seem to have almost no control over their population, I must, in the strongest of terms, ask Mexico to stop this onslaught - and if unable to do so I will call up the U.S. Military and CLOSE OUR SOUTHERN BORDER!"