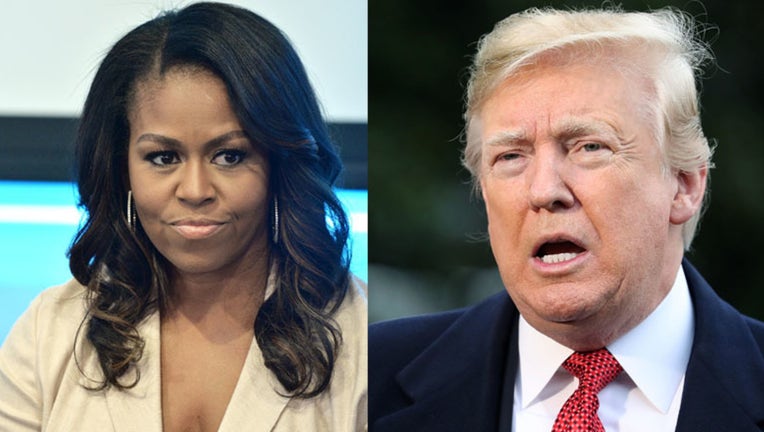 As he departed the White House Friday morning, reporters asked the president about Mrs. Obama writing in her new memoir, "Becoming," that she could "never forgive" Trump for spreading the conspiracy that President Obama was not born in the United States.

"She got paid a lot of money to write a book," he answered, accusing Mrs. Obama of trying to stir "controversy" with the book.

"They always insist you come up with controversial [material]. I'll give you a little controversy back. I'll never forgive [Barack Obama] for what he did to our United States military by not funding it properly. It was depleted. I came in and I had to fix it," he claimed.

Read the full story on FoxNews.com