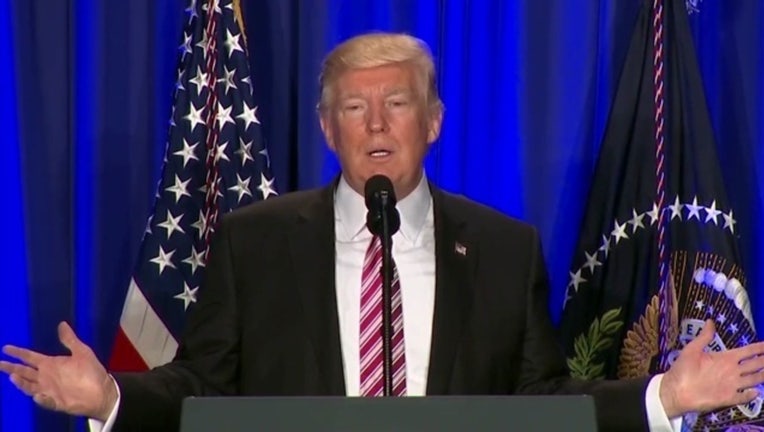 President Donald Trump is defending his sweeping order on immigration and says he will find other ways to help those suffering from Syria's bloody civil war.

Trump says in a statement Sunday amid widespread protests that "America is a proud nation of immigrants." He says the country "will continue to show compassion to those fleeing oppression," but "while protecting our own citizens and border."

Trump insists it's "not a Muslim ban" and blames the media for that suggestion.

Trump says the U.S. will resume issuing visas to all countries impacted after a review of security policies.