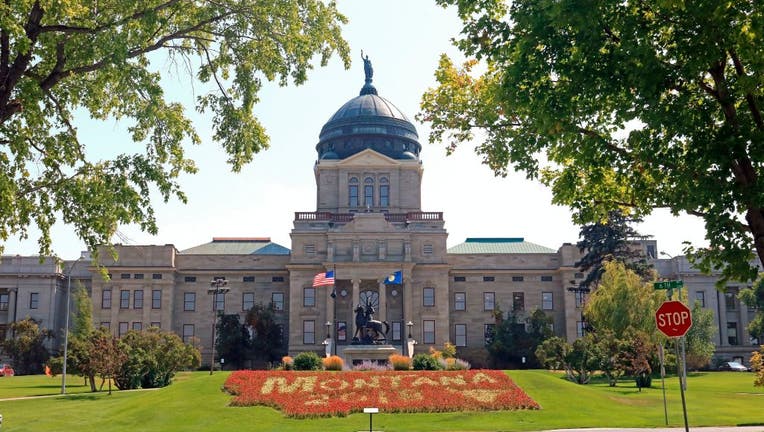 The state health department said late Monday in an emergency order that it would no longer record the category of "gender" on people's birth certificates, replacing that category with a listing for "sex" that can be changed only in rare circumstances.

Sex is "immutable," the order said, while gender is a "social...construct" that can change over time.

The order came a month after a state judge temporarily blocked enforcement of a law that required transgender people to have undergone a "surgical procedure" before being allowed to change their gender on their birth certificates.

Judge Michael Moses ruled the law was unconstitutionally vague because it did not specify what procedure must be performed. The law also required transgender people to obtain a court order indicating they had had a surgical procedure.

In a proclamation, Gov. Ron DeSantis declared a Sarasota woman to be the "real" winner of a 500-meter freestyle event held last week. The top spot in the NCAA Division I swimming event went to University of Pennsylvania swimmer Lia Thomas, who was deemed the first known transgender woman to win the title. However, on Tuesday, the Florida governor said the winner should have been Sarasota-native Emma Weyant, who finished second and attends the University of Virginia.

Moses’ order forced the state to revert back to a process adopted in 2017 that said transgender residents could apply to change the gender on their Montana birth certificate by filing sworn affidavits with the health department.

But state health officials said the April 21 ruling put them in "an ambiguous and uncertain situation" and led them to craft the temporary emergency order.

The new order exceeds the restrictions on transgender rights imposed by the Republican-dominated state Legislature.

Democratic state lawmakers expressed outrage, calling the order a "blatant abuse of power meant to undermine the checks and balances of our independent courts."

"While this rule is intended to make the lives of our transgender neighbors harder, it impacts all of us by eroding the rights that let us live our lives free from government overreach," said House Minority Leader Kim Abbott and Senate Minority Leader Jill Cohenour.

RELATED: California city to give universal income to transgender, nonbinary residents regardless of earnings

Half of the U.S. states, plus the District of Columbia, allow transgender residents to change gender designation on their birth certificates without surgical requirements or court orders, according to the policy organization Movement Advancement Project that supports transgender rights.

Just over a dozen states require surgical intervention for changing gender on birth certificates and such barriers have been challenged in several states, including in Montana by the ACLU of Montana.

Many transgender people choose not to undergo gender-confirmation surgeries. Such procedures are sometimes deemed unnecessary or too expensive, two transgender Montana residents argued in their July 2021 lawsuit challenging the Montana law.

ACLU representatives did not immediately respond to the Montana health department order.

Over the last several years, legislation in numerous states has been aimed at limiting the rights of transgender people, and the new laws are being challenged in court.

Alabama passed a law making it a felony for doctors to prescribe such treatments as gender-confirming puberty blockers and hormones to transgender minors, but a judge has blocked the law.

In Texas, Republican Gov. Greg Abbott ordered child welfare officials to investigate parents of children receiving puberty blockers and other gender-confirming care as potential abuse. That effort was blocked by a judge.

At least a dozen states have recently passed laws to ban transgender girls and women from participating in female sports, most recently Utah.