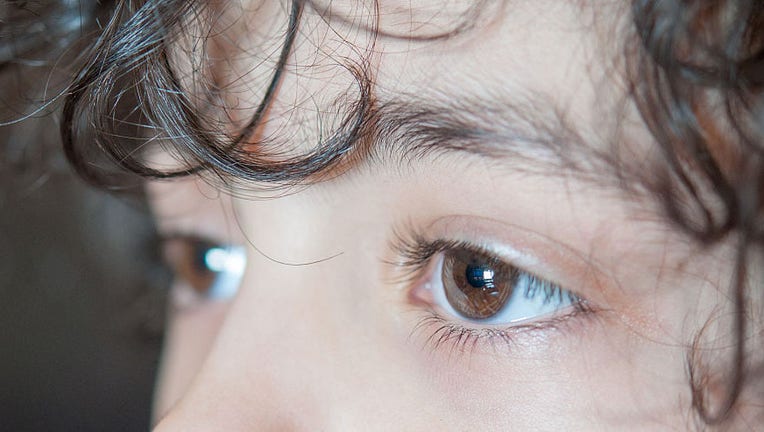 FILE - A child’s brown eyes are pictured in a file image. (Photo by Roberto Machado Noa/LightRocket via Getty Images)

Children spend a lot of time in front of screens these days, between using laptops or tablets at school, watching TV, playing video games, and using cell phones. Experts say this frequent use can cause issues for their eyes, and parents are encouraged to set limits and remind kids to take breaks.

Studies have indicated that the prevalence of nearsightedness — called myopia — has been increasing in the United States and worldwide. Nearsightedness occurs when the eye grows too long from front to back, and as a result, people have better good vision but poor distance vision, according to the National Eye Institute.

Dr. Allison Babiuch, a pediatric ophthalmologist for the Cleveland Clinic, said the rate of nearsightedness has nearly doubled since 1971, which researchers believe is related to a combination of factors.

"Mostly environmental factors of being inside and looking more at near things like reading, and also screens, like small screens," Babiuch said. "And then also not spending as much time outside in the sunlight."

One study, published in 2021 in The Lancet, linked screen time with a higher risk and severity of nearsightedness in both children and young adults. The global team of researchers found that high levels of smart device screen time, such as looking at a cell phone, was associated with around a 30% higher risk of myopia. When combined with excessive computer use, that risk rose to around 80%, according to the study.

What should kids be doing instead of screen time?

Meanwhile, viewing a digital screen makes the eyes work harder and can also make them susceptible to the development of other vision-related problems, such as computer vision syndrome (CVS) or "digital eye strain" — an issue common in both children and adults.

Ideally, Babiuch said the best way to treat digital eye strain is by cutting down on screen time.

The American Academy of Pediatrics encourages parents to help their kids develop healthy media use habits early on. For children younger than 18 months, screens are discouraged beyond video-chatting with loved ones. Parents of children 18 to 24 months of age who want to introduce digital media should choose high-quality programming or apps and use them together because this is how toddlers learn best.

For children older than 2, the AAP says to limit screen use to no more than 1 hour or less per day of high-quality programming.

But managing a child’s screen time can be challenging for families, and sometimes these limits aren’t always possible. As a result, experts also recommend using the 20-20-20 rule. For every 20 minutes of screen time, give your eyes a 20-second break and try to look 20 feet away.

"Other things you could do, depending on how severe your symptoms are, are trying to remember to blink, which can be hard to remind yourself to blink. But, even just resting your eyes by closing them for even a few seconds can help," Babiuch said.

"Some people do use artificial tears — eye drops — to help re-lubricate their eyes. Usually, you don’t have to do that if you can take enough breaks and limit the screen time," she added.

If a child’s vision problems persist, parents should talk to an eye doctor.