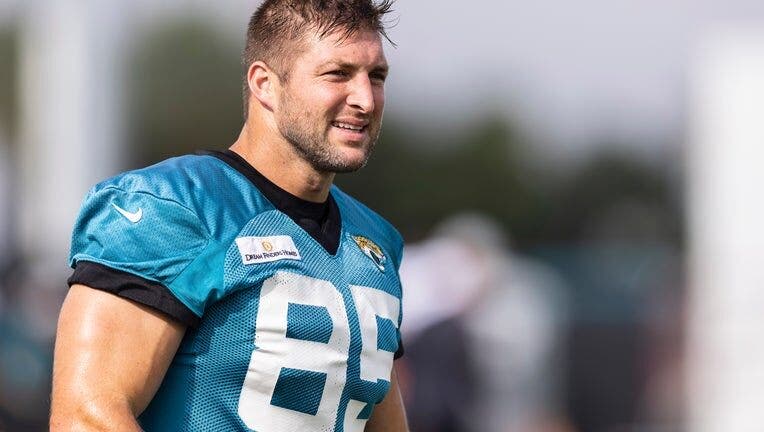 Tim Tebow #85 of the Jacksonville Jaguars looks on during Training Camp at TIAA Bank Field on July 30, 2021 in Jacksonville, Florida. (Photo by James Gilbert/Getty Images)

The Jacksonville Jaguars waived Tebow on Tuesday, parting with the 2007 Heisman Trophy winner and former Florida Gators quarterback who switched to tight end in hopes of rejuvenating his pro football career.

The news comes days after the Jaguars' first preseason game, where they lost to the Cleveland Browns 23-13.

Tebow's blocking ranged from awkward to awful in Jacksonville's preseason opener against Cleveland on Saturday night, his 34th birthday. He failed to get a catch and played no snaps on special teams.

Tebow thanks the Jaguars for the opportunity in a tweet on Tuesday.

"Thankful for the highs and even the lows, the opportunities, and the setbacks," he wrote. "I've never wanted to make decisions out of fear of failure and I'm grateful for the chance to have pursued a dream. Thank you to the @Jaguars organization and everyone who has supported me in this journey."

He then added, "And we know that...God works all things together for good. Romans 8:28"

It marked the end of the 2007 Heisman Trophy winner's reunion with his college football coach, Urban Meyer.

Tebow had asked Meyer for a tryout after retiring from baseball in January. Meyer obliged and ended up giving him a one-year contract worth $920,000, the minimum for a player with three accrued NFL seasons. The low-risk deal included no guaranteed money, so Tebow would have to make the team to earn a dime. 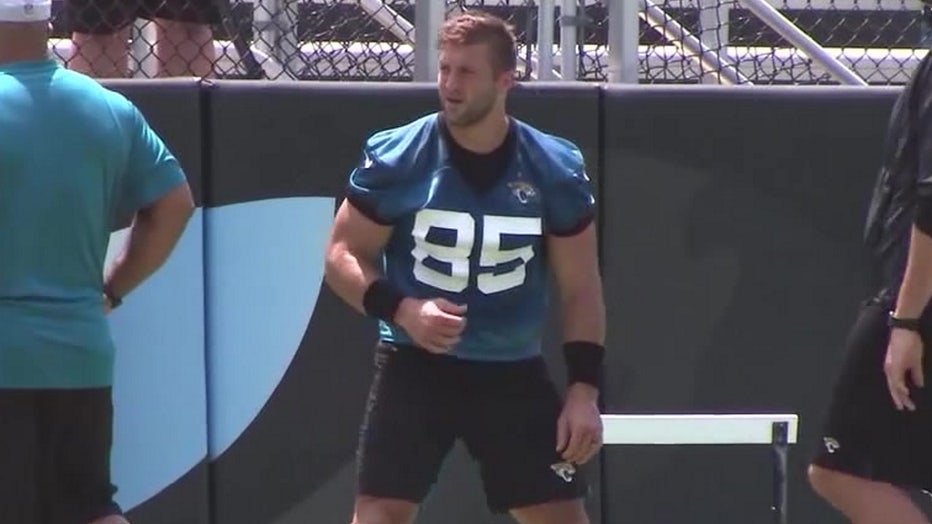 It quickly became clear that Tebow was less of a pass-catching option than Tyler Davis, a sixth-round selection in 2020, and second-year pro Ben Ellefson.

Denver selected Tebow in the first round in 2010. He led the Broncos to a playoff victory in his second season, but never developed the consistency to be a dependable NFL quarterback. He also failed to stick with the New York Jets, New England and Philadelphia.

Meyer is scheduled to address his decision after practice Tuesday.

Tebow had previously spent five years in the New York Mets' organization. He hit .223 with 18 home runs and 107 RBIs while never making it to the big leagues.