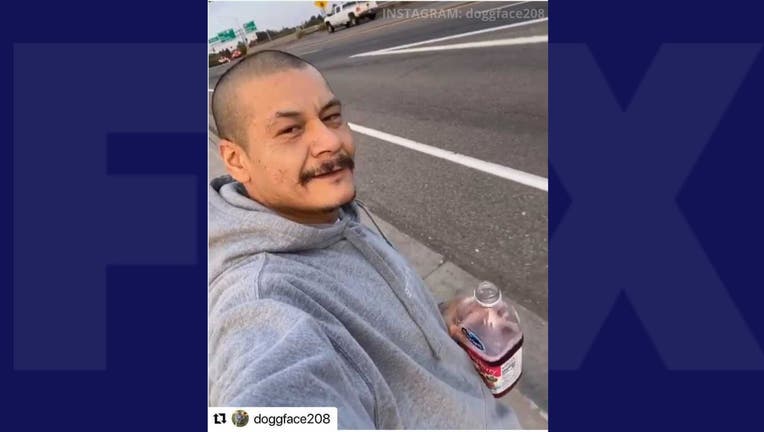 LOS ANGELES (KTTV) - A social media sensation who went viral after he skateboarded to Fleetwood Mac's "Dreams" announced he has tested positive for COVID-19.

Nathan Apodaca, who was seen in the viral video cruising with a bottle of cranberry juice in his hand, shared the news of his test result on Tuesday.

[WARNING: The language in the Instagram captions below may not be appropriate for the younger viewers.]

Despite the concerning news, Apodaca -- who also goes by the nickname "DoggFace" -- appeared to be in good spirits as he danced and had a bowl of soup ready in a separate social media post.

According to a report from TMZ, Apodaca and his fiance Estela Chavez both began to feel symptoms of the virus after their visit to Los Angeles. The couple lives in Idaho and had to cancel a scheduled gig due to the positive test result, TMZ reports.

The test result comes weeks after Apodaca was given a new truck by, you guessed it, Ocean Spray.