SAN ANTONIO, Texas - A photo of a Texas boy paying respect to members of the military by saluting them at the San Antonio International Airport has gone viral.

Priscilla Pinales-Vega tells Fox 35 that she and her son, Jace, were picking up her husband from the airport after a trip to Colorado Springs. While they were there, a group of soldiers in uniform walked by.

To his parents surprise, Jace stood at attention and saluted the men and women.

Pinales-Vega says that when his father asked Jace why he did that, the little boy replied "Because they protect us, Daddy." 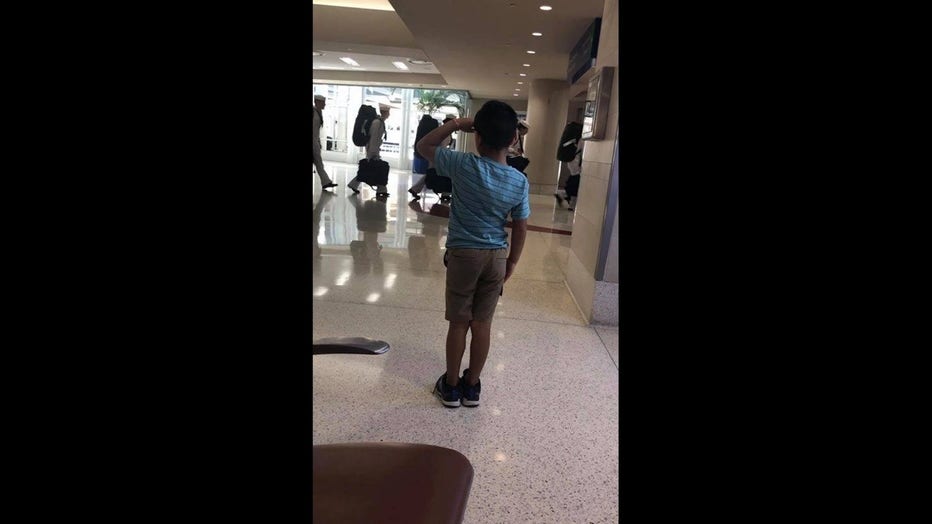 "I was one proud momma when I heard those words come out of his mouth," says the mother.

Pinales-Vega tells Fox 35 that they are a very patriotic family and that they have always talked to Jace about respecting the men and women that serve the country. But the salute is something he did all on his own.

"It’s the simple things like this that make me very proud as a father," Joe Vega wrote on Facebook. "To know that WE are teaching our children that the least they can do is show respect to the brave young men and women that serve our great nation."