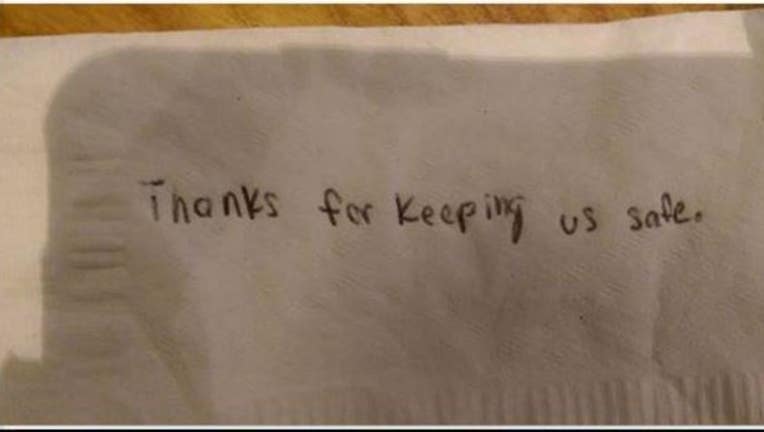 (FOX NEWS)-The Kansas City, Kansas, Police Department posted a picture of a napkin on its Facebook page, and it's quickly gone viral.

The Facebook post explained that two officers were dining at a local Chili's. When a table near them got up to leave, a teenage girl stopped on her way out and handed them the napkin, which had a short but powerful message: "Thanks for keeping us safe."

As many of you are aware there has been a significant anti police movement over the last few years. It can cause those...

"This young lady touched us in a way she might not have realized," they department's Facebook post read. "We sat there and talked about what a fantastic gesture."

When the officers asked for their check, the waitress informed them that their bill had already been paid by the young lady's table.