Noah Tingle, 17, and 12-year-old Max are more than just siblings-- they are also best friends. 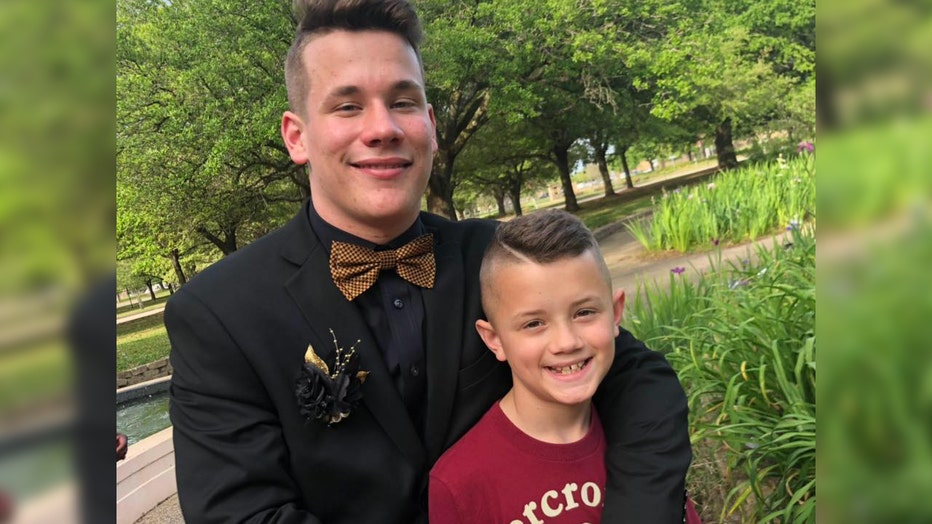 And just like most brothers, isn’t it custom for the eldest to pull pranks on the youngest—embarrassing ones at that? That’s exactly what Noah did one day to his unsuspecting little brother.

On Aug. 13, Noah decided to greet Max at his bus stop dressed in a funky costume. At first, the 7th grader was surprised and embarrassed—like any typical kid-- but when Noah began doing it every day Max started looking forward to his brother’s hilarious get-ups.

Noah told FOX 5, “I wanted to embarrass him but in an innocent and memorable way.”

In a series of videos uploaded to Noah’s Facebook page ‘The Bus Stop Brother,’ the teen’s costumes range anywhere from an inflatable gorilla suit to everyone’s favorite Wookie, Chewbacca.

Brother of the year award goes to a Louisiana brother who surprises his 12-year-old brother at the bus stop dressed in a different costume every day.

Sure enough, the videos were a hit, so much so people began donating outfits and costumes so Noah could continue the comical tradition.

Noah and his brother truly have a special bond.

“He has taken after me in many aspects of his life, especially sports, we both love basketball.” Noah told FOX 5, “We get our haircuts together and ride to church and practices together, he is my little brother and best friend all rolled up in one person.”

The dynamic duo has received tons of supportive comments on social media, the feedback has been so incredible Noah says it make him want to continue doing more videos.

We hope he has enough costumes for the rest of the school year!