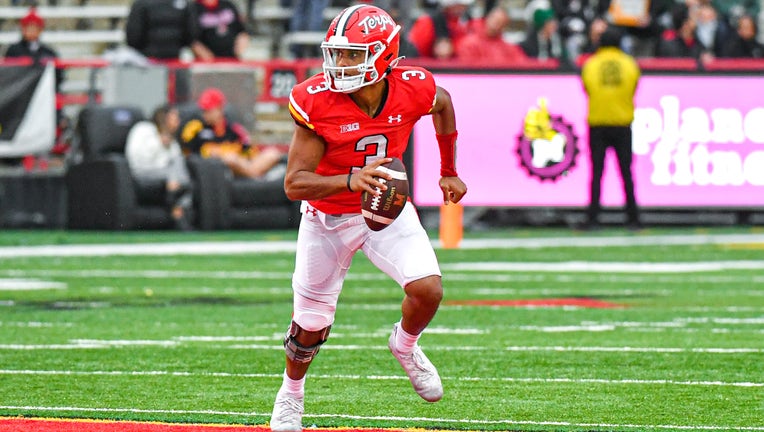 COLLEGE PARK, MARYLAND - OCTOBER 01: Taulia Tagovailoa #3 of the Maryland Terrapins looks to throw a pass during the second half of the game against the Michigan State Spartans at Capital One Field at Maryland Stadium on October 01, 2022 in College P

COLLEGE PARK, Md. - University of Maryland quarterback Taulia Tagovailoa led his team to victory on Saturday after struggling with the news that his brother, Tua Tagovailoa, had sustained a severe head injury earlier in the week.

CINCINNATI, OHIO - SEPTEMBER 29: Tua Tagovailoa #1 of the Miami Dolphins runs with the ball in the second quarter against the Cincinnati Bengals at Paycor Stadium on September 29, 2022 in Cincinnati, Ohio. (Photo by Dylan Buell/Getty Images)

"You guys have no idea what the last 24 to 48 hours has been like for him," Terrapins coach Michael Locksley said in the post-game press conference. "Obviously the injury to his brother was heavy on his mind. We did a good job of surrounding him [with support]."

Locksley said the two brothers are very close and what was able to settle him down was that he was able to FaceTime Tua. Locksley recalls Tua saying "‘Hey, I’m fine man. Go play."

That conversation helped lift Taulias spirits and after Friday night’s dinner, Locksley and the team saw his energy come back. Taulia led the Terrapins to a 27-13 victory against the Spartans and gave Michigan State their third consecutive loss. Taulia threw for 314 yards and one touchdown.

Locksley said Taulia "was able to compartmentalize today and just really focus on doing his job. And I thought the kid showed up and played well."