A group of volunteers with Tampa-based Project DYNAMO helped rescue a newborn baby from Ukraine get him and his parents safely to Poland.

KYIV, Ukraine - An 8-day-old baby boy is safe in Poland with his parents after a group of volunteers rescued the infant from war-torn Ukraine, according to Project Dynamo, an American non-profit rescue organization based in Tampa.

Team members from Project DYNAMO, working with a neonatal specialist, doctor and Ukrainian partners, went into a Kyiv clinic on Thursday and took the newborn baby, named Aari, to be united with his parents in a Ukrainian city near the Polish border. The group then helped the Canadian family enter Poland.

"We’re deeply grateful to the Canadian embassy for the overwhelming support they provided before and throughout this," said Bryan Stern, co-founder of Project DYNAMO. "Their help was truly imperative and it would have been far more difficult without their support."

Project DYNAMO says it has rescued more than 215 men, women, and children, including twin American premature babies and a British premature baby, from Ukraine during 20 different missions. The mission to rescue Aari was called Gemini 3.

READ ‘It comes down to the will to fight’: Florida gun company helps Ukrainians fight back against Putin

Since Russian forces invaded Ukraine, Project DYNAMO says it has received more than 14,000 requests for evacuation from American, British, Canadian, French, Romanian, Ukrainian, Nigerian, Mexican, Israeli, and Afghan citizens and residents, as well as citizens and residents from other European nations, many of whom include children and the elderly and members of the Jewish community in Ukraine. 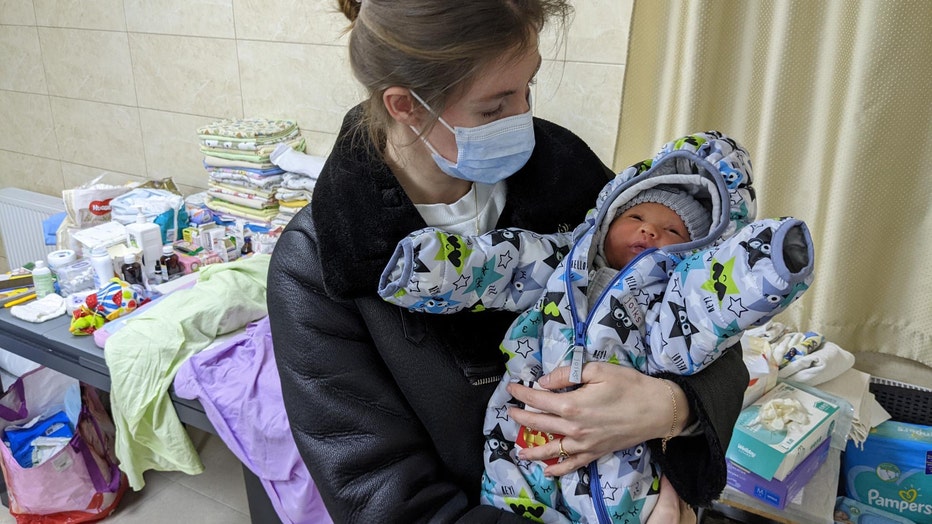 Project DYNAMO asks that anyone in need of evacuation register at projectdynamo.org and sign up for the U.S. State Department’s STEP program.