TAMPA, Fla. - On Thursday, Mayor Jane Castor issued an executive order saying that spaces, where big celebrations can take place during Super Bowl events, will be a zone where masks are required – even if they are outdoors. This goes into effect immediately.

The current mask mandate will be temporarily expanded to certain outdoor spaces where people are expected to gather in large numbers and social distancing would be difficult to manage.

The executive order outlines places deemed as "event zones" and "entertainment districts" where people are required to wear a face-covering starting Thursday through Feb. 13. It applies to areas like the Riverwalk and around the Raymond James Stadium where official NFL events are taking place.

The entertainment districts include: the Ybor City Historic District, the South Howard Commercial Overlay District, the Central Business District and the Channel District. 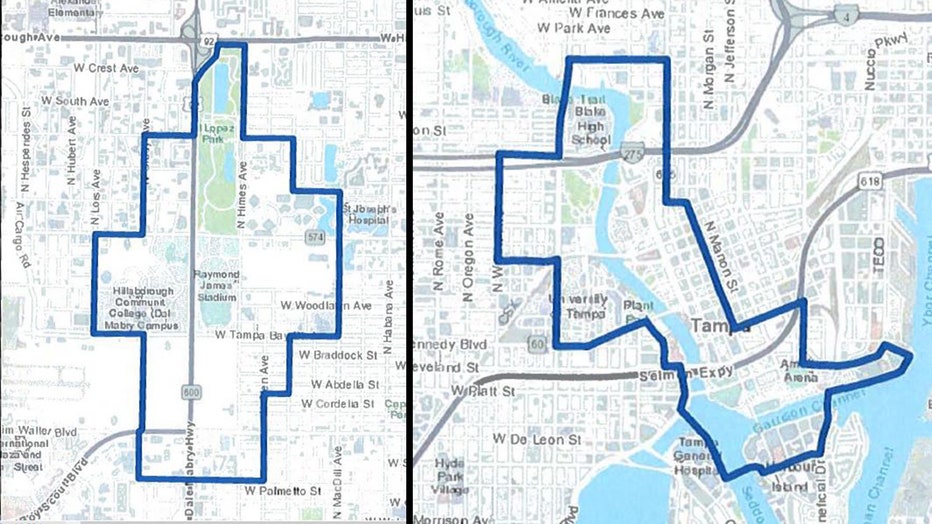 The expanded mask order during the Super Bowl in Tampa includes the areas around the NFL Super Bowl Experience and Raymond James Stadium. The city called these the "event zones" in the executive order.

Exceptions to the order include:

The full executive order can be viewed below:

The announcement comes after a Facebook Live conversation she had with the mayor of Kansas City on Wednesday when she hinted the city will be strengthening the mask mandate already in place. Local leaders have emphasized they do not want the Super Bowl event to be a super-spreader event.

"We have to make sure that everybody is wearing their mask. We can only do so much," Castor explained Wednesday. "You have to understand your level of personal responsibility and just go home knowing that you had a great time in Tampa Bay but not taking a virus with you."

On New Year’s Eve, images and video shared on social media showed crowds of people in Ybor City without masks. It led the city to send code enforcement officials to crack down on maskless gatherings.