The Supreme Court's new term kicked off Monday, and it was the first official day on the bench for Justice Ketanji Brown Jackson.

History was officially made when Justice Jackson took her seat as the first Black woman to sit on the high court.

The justices heard oral arguments in the first case of its term Monday, and it was the first time the public was allowed inside the Supreme Court since the pandemic began.

Jackson, who replaced retired Justice Stephen Breyer, was active in her debut – asking lawyers on each side questions about the nation’s main anti-water pollution law, the Clean Water Act. 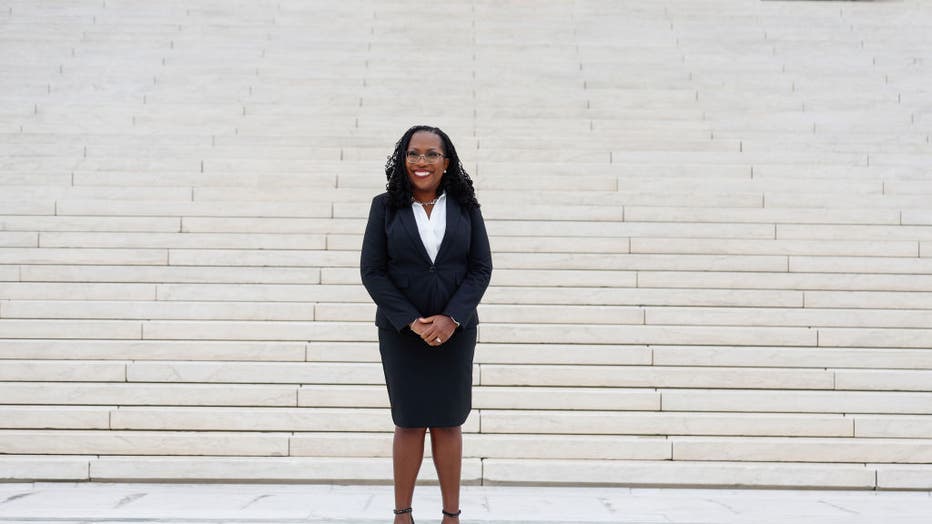 WASHINGTON, DC - SEPTEMBER 30: U.S. Supreme Court Associate Justice Ketanji Brown Jackson stands for a photo in front of the Supreme Court following her investiture ceremony on September 30, 2022 in Washington, DC. The ceremony for Jackson, who took

The court’s first Black female justice seemed to be generally aligned with the court’s other liberal justices in favor of Justice Department arguments to preserve the authority of the federal government to regulate wetlands under the Clean Water Act against a business-backed challenge.

Jackson's appointment does not change the make up of the court, which still has six conservatives and three liberal members.

The court has recently come under fire.

The justices will decide dozens of cases in the coming months. They will tackle issues such as voting rights, free speech, and affirmative action including a case that involves the admissions policy at Harvard University and the University of North Carolina.

The case revolves around whether admissions officers can consider race when they decide whether to admit students to their schools.