Dog owners specifically were also more likely to report diet at ideal level compared with owners of other pets, according to the study, which concluded that dog owners exhibited higher cardiovascular health scores than non-pet owners, other pet-owners and non-dog owners.

BRNO, Czech Republic - Dogs could be good for the heart.

A study published Friday suggested that having a dog could be good for an owner’s cardiovascular health.

Researchers of the study, published on Mayo Clinic Proceedings, gathered information from 1,769 people in Brno, Czech Republic between the ages of 25 and 64 years old.

The people were recruited between 2013 and 2014, and scientists have scheduled follow up evaluations for every five years until 2030 in what they call the Kardiovize Brno 2030 study. 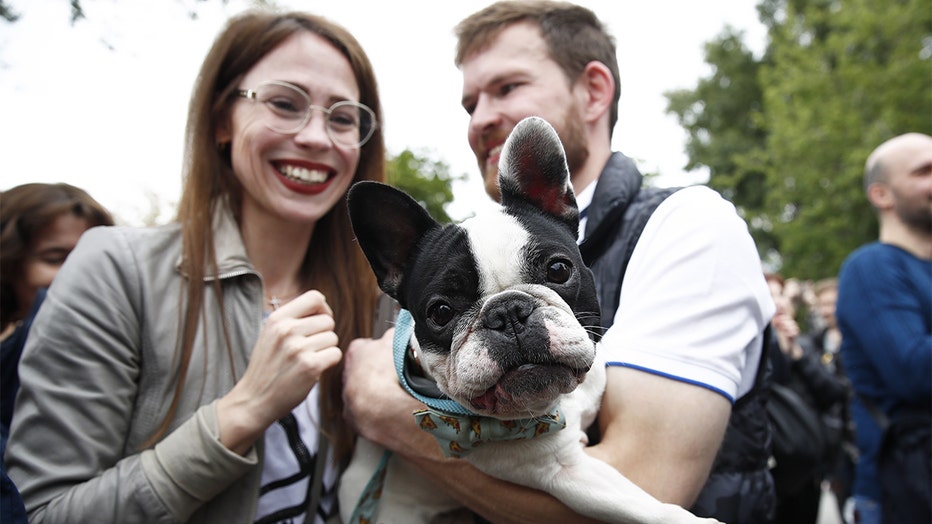 Researchers also compared the scores between pet owners and non-pet owners or dog owners and other subgroups.

The study found that pet owners, and specifically dog owners, were more likely to report physical activity, diet and blood glucose at an ideal level, as well as smoking at a poor level, which resulted in higher CVH scores than non-pet owners.

Dog owners specifically were also more likely to report diet at ideal level compared with owners of other pets, according to the study, which concluded that dog owners exhibited higher CVH scores than non-pet owners, other pet-owners and non-dog owners.

Besides the factor of smoking, dog owners were more likely to “achieve recommended level” of behavioral CVH metrics, which includes physical activity and diet, than non-dog owners — this translates into better CVH, the study said.

Andrea Maugeri is the study’s co-author and a researcher with the International Clinical Research Center at St. Anne's University Hospital in Brno and Italy's University of Catania.

"In general, people who owned any pet were more likely to report more physical activity, better diet and blood sugar at ideal level," she said in a statement, according to Newsweek. "The greatest benefits from having a pet were for those who owned a dog, independent of their age, sex and education level."

Maugeri added that the research suggests that getting a dog could be a useful way to boost heart health if it encourages the owner to exercise more.

Francisco Lopez-Jimenez is also co-author of the study and chair of the Division of Preventive Cardiology at Mayo Clinic in Rochester. He said owning dogs has previously been linked to better mental health and feeling less lonely, which are both thought to decrease the risk of heart attacks, according to Newsweek.

In the U.S., around 610,000 people die of heart disease every year — that’s one in four deaths, which makes heart disease the leading cause of death in the nation, according to the Centers for Disease Control and Prevention. About 735,000 Americans have a heart attack every year, the CDC said.