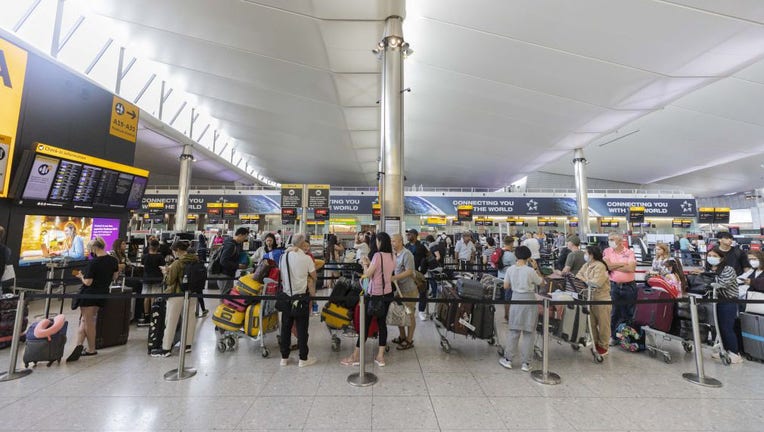 An interior view of Heathrow Airport in London as travelers stand in line on July 24, 2022. (Rasid Necati Aslim/Anadolu Agency via Getty Images)

The U.S. dollar hasn't been this strong in Europe in two decades.

Earlier this month, the euro hit parity with the dollar, falling to its lowest level since 2002 and, at times, even skirted just below a one-to-one exchange rate with the U.S. currency.

Travel experts have mixed views on whether now is a good time for tourists to visit European countries that use the euro as currency. Some encourage tourists to take advantage of this opportunity, while others advise against it and recommend holding off until the fall when demand wanes and disruptions at airports ease.

Lee Thompson, the co-founder of group adventure travel company Flash Pack, told FOX Business that it's the best time to travel because prices will likely increase significantly for tourists in 2023 due to higher fuel costs, taxes and exchange rates.

"The dollar is so strong against the euro and British pound at the moment and may never get this cheap again," Thompson told FOX Business. "2023 is set to be more expensive to travel with hotels inflating their prices quite significantly, so now is the best time to travel."

The dollar is climbing mainly because the Federal Reserve is raising interest rates more aggressively than central banks in other countries are in its effort to cool the hottest U.S. inflation in four decades.

Clint Henderson, the managing editor of travel website The Points Guy, argued that even though hotels and restaurants are more affordable due to the conversion rate, demand is still driving prices higher.

"The problem is that demand is so high for Europe right now, prices are exceptionally high, way higher than they were before the pandemic," Henderson told FOX Business.

Any "gains you're getting from the currency equivalency" is being wiped out by the fact that prices are higher overall due to pent-up demand, according to Henderson.

These higher prices are one of a few reasons why he suggests that travelers should hold off on heading to Europe until fall. 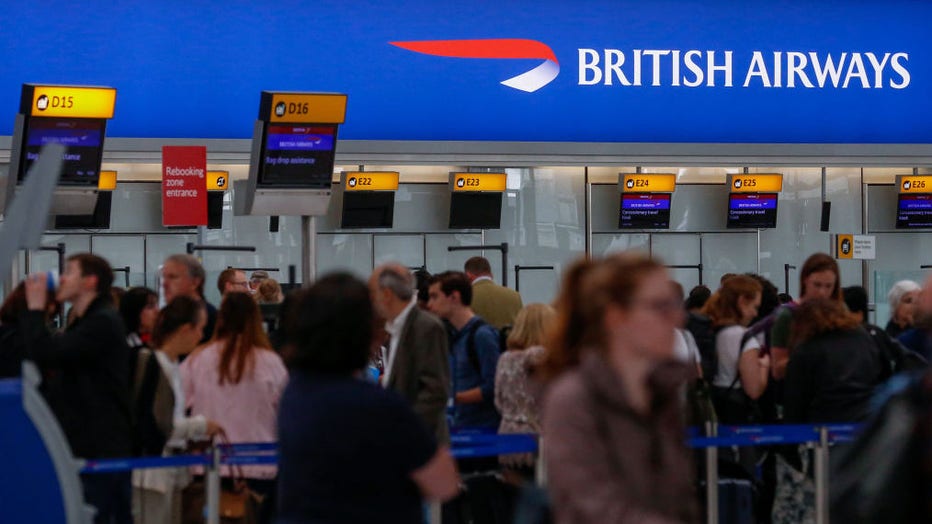 Passengers queue at check-in at the British Airways terminal at London Heathrow Airport, in London. (Luke MacGregor/Bloomberg via Getty Images)

"Staffing levels everywhere, including hotels and the airports, are not where they should be," Henderson said, adding that he has heard "story after story" about travel meltdowns across Europe.

Certain airports, such as Gatwick and Heathrow in London and Schiphol Airport in Amsterdam, asked airlines to limit flight numbers as they battle staffing issues and continued service disruptions.

If you're looking to travel immediately, places like the Caribbean, Colombia or Turkey are your best bet because the demand is lower and the dollar is even stronger against those currencies, according to Henderson.

Fox News' Greg Norman and The Associated Press contributed to this report.