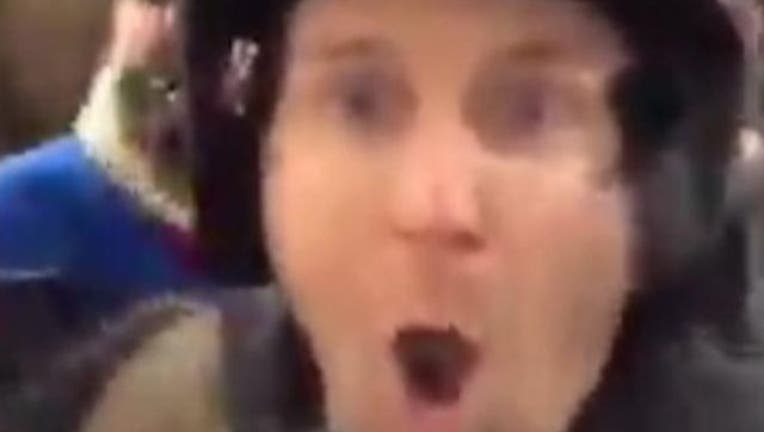 A Republican West Virginia state lawmaker resigned Saturday as he faces charges of entering a restricted area of the U.S. Capitol after he livestreamed himself with rioters.

Evans, 35, appeared before a federal judge in Huntington, West Virginia, on Friday afternoon after being arrested. If convicted, he faces up to a year and a half in federal prison for two misdemeanors: entering a restricted area and disorderly conduct.

In a statement Saturday, Evans said he takes full responsibility for his actions, adding that he deemed it best for him to resign at this point to "focus on my personal situation and those I love."

"I take full responsibility for my actions, and deeply regret any hurt, pain or embarrassment I may have caused my family, friends, constituents and fellow West Virginians, said Evans.

In a now-deleted video that was widely shared online, Evans is seen clamoring inside a jampacked Capitol building doorway, trying with others to push his way inside. He hollers along with other Trump loyalists and fist-bumps a law enforcement officer who let them in.

After pushing into the building, video shows Evans milling around the Capitol Rotunda, where historic paintings depict the republic’s founding, and imploring others to not vandalize artwork and busts. Some of the pieces were later vandalized.

John Raby and Cuneyt Dil contributed to this report from Charleston, West Virginia.