What rights do travelers whose flights have been canceled have?

While Southwest Airlines is apologizing for this ongoing travel nightmare this weekend, the issue is no longer just related to bad weather. The U.S. Department of Transportation says it's launching an investigation into the airline. We've all been there before with canceled and delayed flights, but what are you entitled to in these situations? FOX 5's Lindsay Watts reports from BWI on what every traveler should know.

BALTIMORE, Md. - The travel nightmare continues for people flying Southwest, and now the U.S. Department of Transportation says it’s launching an investigation into the airline.

According to the flight tracking website FlightAware, Southwest canceled 71% of flights Monday and over 60% Tuesday, and thousands of flights are already canceled Wednesday and Thursday.

FlightAware spokeswoman Kathleen Bangs said the cancelations so far in advance are out of the ordinary and show there is a major issue that will last through New Year's weekend.

She said it appeared Southwest was dealing with technical issues beyond the severe weather that caused flight cancelations across the country several days ago. Other major carriers have returned to normal.

READ MORE: The effect of Southwest & other airlines travel troubles on DCA, IAD and BWI fliers

The latest statement from Southwest, mentions the severe weather and operational challenges resulting from it. The airline said in part: "We recognize falling short and sincerely apologize." 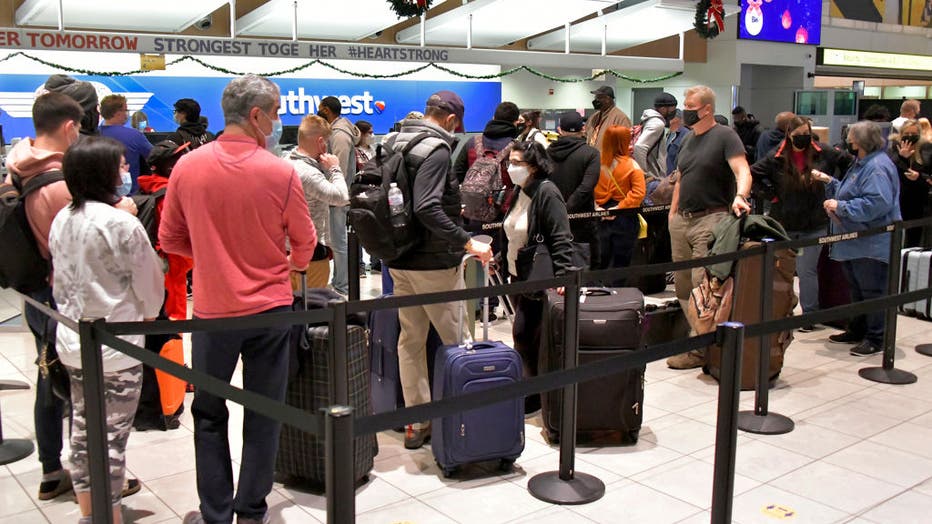 Southwest customers at BWI Tuesday said the airline did not provide them a cash refund for their canceled flight — only a credit and an extra credit of $200 per person.

Southwest doesn’t partner with other airlines to rebook customers in the event of cancelations.

The issues highlight that different airlines have different policies and ways they handle things like cancelations and refunds.

Travel troubles continue for Southwest & other airline passengers across DC, Maryland and Virginia

The Department of Transportation has launched an Airline Customer Service Dashboard that allows travelers to see the policies of various major airlines.

"So, it’s all in one place and that’s been very, very convenient because that way you don’t have to go to the fine print," Bangs explained. "And sometimes if an airline doesn’t offer you something you might want to say, ‘Well according to the consumer dashboard, I see I should be offered a night in a hotel’ or ‘According to the dashboard, I should be getting a full refund here.’"

Southwest also has a dedicated website set up for refund requests: https://southwest.com/traveldisruption