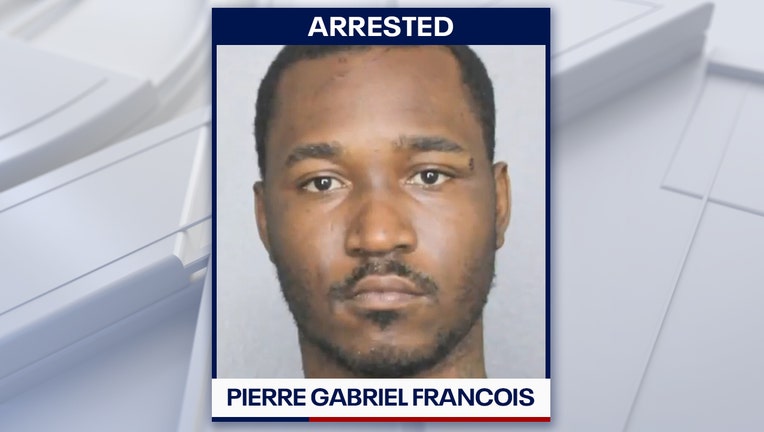 FORT LAUDERDALE, Fla. - Police in South Florida have arrested a man accused of throwing his baby out of a window and stabbing the infant's mother.

Investigators said the incident happened Saturday at a home in the Fort Lauderdale area.

According to WSVN, the victim told police she was sleeping when 29-year-old Pierre Gabriel Francois angrily came into the room and began hitting the walls.]

The arrest report said he then pulled out a 2x4 piece of wood and began beating her.

The victim said he then pulled out a knife and the last thing she saw was him throwing their 1-year-old baby through the window.

The Sun-Sentinel reports that Francois stabbed the woman in the eyes; she is not expected to see again after the attack.

When police arrived at the scene, they found the baby girl face down on the ground.

According to investigators, Francois is said to suffer from Schizophrenia and hadn't been taking his medication.

He faces multiple charges including two counts of attempted murder and one count of aggravated assault. He is being held on $550,000 bail.