The Scottish Parliament unanimously passed a bill that will make all menstrual products free and easily accessible in a first-of-its-kind bid to end period poverty.

Scotland’s parliament unanimously approved a bill Tuesday that will make all period products free to “anyone who needs them.”

Scotland is the first country to enact such a measure.

The Period Products (Free Provision) Bill (SP Bill 45) creates a legal duty for local authorities to ensure that anyone who needs menstrual products can obtain them for free.

“Monica Lennon's aim for the Bill is to tackle 'period poverty,' which is when some people who need period products struggle to afford them. She sees these products as a basic necessity, and believes that providing access to them is important for people's dignity,” according to the Scottish Parliament's website. “She supports what the Scottish Government has already done to provide free period products to those in need. She wants to go further by making this a legal requirement.” 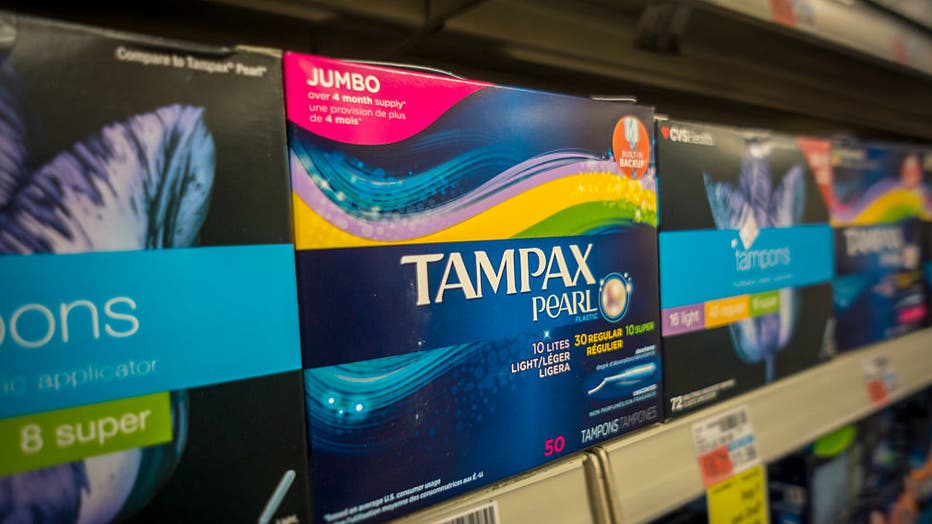 FILE - Packages of Tampax brand tampons on a drugstore shelf.

Lennon has been campaigning to end “period poverty” since 2016, according to the BBC.

RELATED: Diapers, tampons and other menstrual products are tax-free in California for next 2 years

“It is intended to remove any barriers which stop women, girls and trans people accessing period products – items which are essential to the health, hygiene and wellbeing of those who menstruate,” according to the bill’s financial memorandum.

It will be up to the country's councils to decide what financial scheme is put in place to provide free period products, but they must give "anyone who needs them" access to different types of products "reasonably easily" and with "reasonable dignity."

The bill designates that all types of period products will be made available at no cost, including menstruation cups, tampons and pads.

Lennon suggested that the same system used to distribute free condoms in the country, known as the “C-Card” scheme, could also be utilized to distribute period products.

“One model which the Scottish Government might consider would be the ‘C-Card’ scheme. The scheme is a confidential service for the distribution of free condoms. It operates in various areas across Scotland and is funded and administered by Health Boards. Those signing up for a C-Card are only required to provide minimal personal details such as their name and date of birth before they are issued with a card which allows them to obtain free condoms,” according to the memorandum.

Lennon shared her excitement on Twitter after the bill she introduced passed.

“As a first-term MSP, I had no idea how challenging it would be to steer a member’s bill through Parliament. Whether you are an opposition MSP, a Minister or a campaign group, you can’t achieve anything alone. It wasn’t easy but together we got there. A big day for Scotland,” Lennon tweeted.

Scotland’s new law stands in contrast to many other industrialized nations, including the United States.

In the U.S., 34 states still impose sales taxes on tampons and sanitary napkins, while exempting the Rogaine hair regrowth treatment, condoms, and other products mostly used by men.

Girls Helping Girls Period, a volunteer effort based in New Jersey, says budgets for homeless shelters, schools, prisons and public restrooms should provide free tampons and sanitary napkins, just as they do for soap, toilet paper and other essentials.

According to The Business, Entrepreneurship & Tax Law Review at the University of Missouri, market research from Euromonitor found that the tampon tax currently costs American women approximately $3.1 billion each year. In California alone, the tax is estimated to cost women $20 million per year.

As of 2020, only 11 states in the U.S. have completely eradicated the tampon tax, including Connecticut, Florida, Illinois, Massachusetts, Maryland, Minnesota, New Jersey, New York, Nevada, Pennsylvania and Rhode Island, according to TaxFreePeriod.com.