WASHINGTON - A nonprofit in charge of improving the National Mall is launching a project to find ideas to save D.C.'s Tidal Basin from being reclaimed by nature.

A nonprofit in charge of improving the National Mall is launching a project to find ideas to save D.C.'s Tidal Basin from being reclaimed by nature.

The Trust for the National Mall says the Tidal Basin Ideas Lab will bring together five leading American landscape architecture firms, each with distinctive proposals to help fix the area's instability, flooding and crumbling infrastructure.

The Tidal Basin is home to D.C.'s famous cherry blossom trees and monuments to leaders like Thomas Jefferson and Martin Luther King, Jr. The the Trust for the National Mall, which is partnering on the project with the National Trust for Historic Preservation, estimates as much as $500 million in repairs and upgrades are needed to save the area. 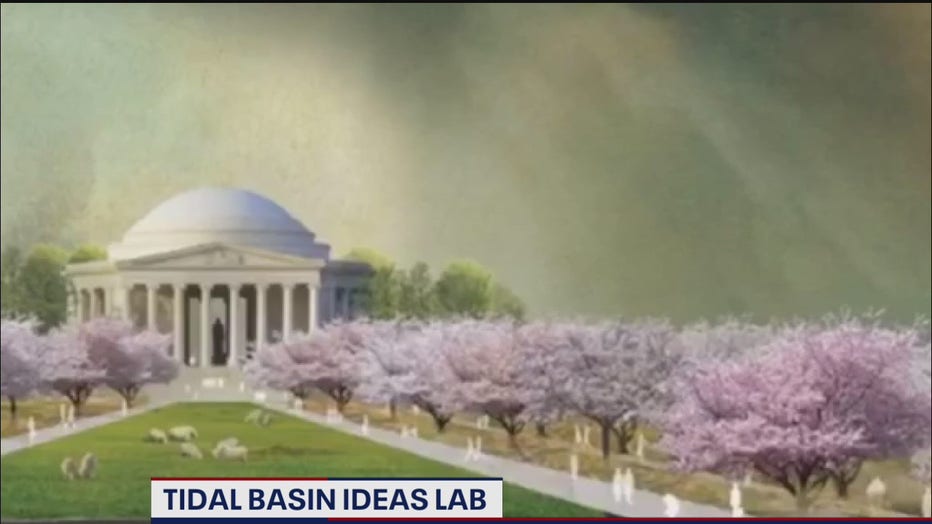 FOX 5's Melanie Alnwick says one proposal would protect the Tidal Basin and create better water flow patterns with a new land bridge and jetty lined with relocated cherry trees. The jetty would be a new, prominent home for the MLK Memorial.

Other ideas incorporate the natural wetlands -- adding a flood plain forest ringed with flowering trees incorporated with the cherry tree and a large tidal marsh boardwalk.

Another proposal envisions the Tidal Basin as a series of islands, with monument tours accessible by boat only. A darker, dystopian scenario lets nature take its course and allows statues and monuments to become one with water and earth.

The National Park Service will conduct an environmental review and develop a master plan and detailed design before securing funds and beginning the project.

VIEW the proposals here and VOTE for your favorite design strategies.