Investigation of deadly police shooting at the Wharf

A man is dead and an officer is on leave after a shooting at the Wharf over the weekend. FOX 5's Nana-Sentuo Bonsu has learned more about the officer who pulled the trigger and what led to the shooting.

WASHINGTON - One person is dead and another is hurt after a shooting involving off-duty police officers at the Wharf in Southwest D.C. Saturday night, according to authorities.

Metropolitan Police Department Chief Robert Contee says two off-duty MPD officers were "enjoying the evening" in the 800 block of Wharf Street Saturday night when they noticed a person pull out a gun and begin pointing it. Chief Contee says the man was standing near a restaurant at the Wharf's pier.

After seeing the man pointing the gun, the officers told the suspect to drop the gun. According to police, after the suspect did not comply with that order, one of the off-duty officers shot the suspect. The suspect was pronounced dead at the scene.

On Saturday, MPD identified the man who was holding the gun as Lazarus Wilson, 23 of Dumfries, Virginia. Police released this surveillance photo of the suspect: 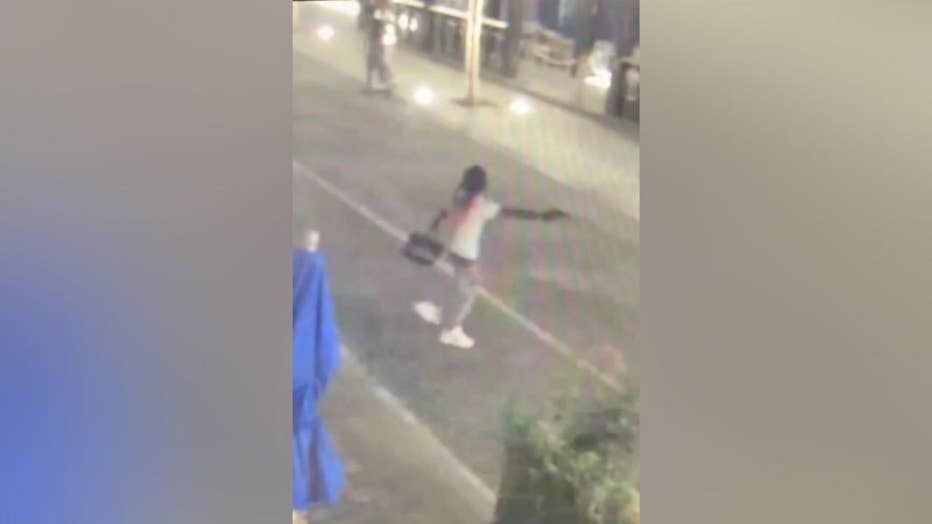 The gunfire also grazed another person nearby, causing them to be taken to the hospital for treatment. Chief Contee described the person as a "witness" who may have been with the person who was holding the gun.

Police say a semi-automatic gun was recovered at the scene, and they are now investigating where the gun came from. 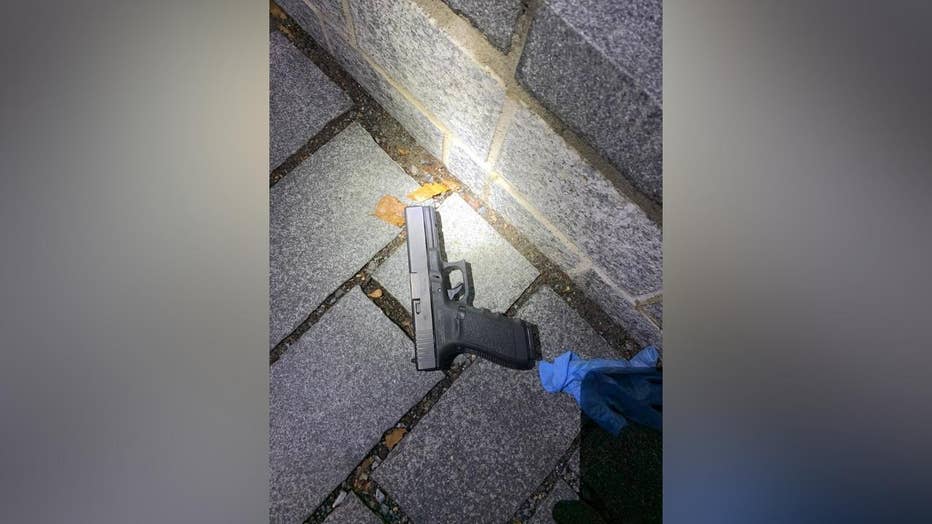 No one else was injured during the shooting.

"We're very lucky that no innocent residents or visitors to this area were injured as a result of this interaction," said Chief Contee. "Clearly this was a very brazen individual to display a firearm in one of our entertainment areas."

The Metropolitan Police Department says two off-duty officers were involved in a shooting at the Wharf Saturday night after they noticed an armed man pointing a gun near a crowded area.

Off-duty MPD officer involved in deadly shooting at the Wharf

An off-duty MPD officer shot and killed a person holding a gun at the Wharf in Southwest D.C. Saturday night after the officer noticed the person pointing the gun in a crowded area.

According to MPD, the officer who fired their gun has been place on administrative leave per department policy. Chief Contee says the officer was recently promoted to a commander and has been with the department for at least 15 years.

"Some people were going under tables and these officers went to war," the chief said. "They saw the threat, they saw the person with a firearm, they took action."

On Tuesday, police revealed that the suspect had robbed someone just before the off-duty officer fired his weapon.

According to the incident report, the suspect and another person met up with two people to sell them an item that police would not reveal.

The suspect and that other person both pulled out guns and demanded cash from the victims.

The pair handed money over, and the suspects took off.

Police say the surveillance video will be handed over to the Mayor's Office and the investigation into the incident is ongoing.