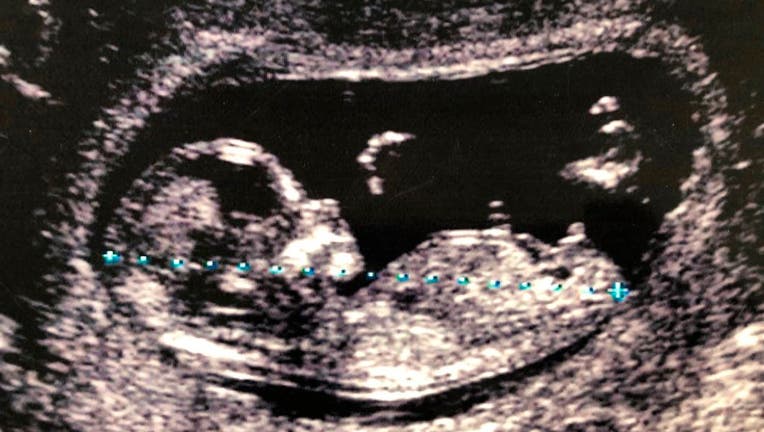 A file image shows a 4-month-old fetus in an ultrasound image. (Photo by: BSIP/Education Images/Universal Images Group via Getty Images)

Researchers have discovered microplastics in human placentas for the first time, shedding new light on the level of human exposure to such materials and giving rise to concern about its potential to interfere with fetal development.

The study, published this month in the journal Environment International, found particles in the placentas of four healthy women who had normal pregnancies and births in Italy. The microplastics were detected on both the fetal and maternal sides of the placenta, as well as in the membranes that surround and protect the fetus.

"Due to the crucial role of placenta in supporting the fetus development and in acting as an interface between the latter and the external environment, the presence of exogenous and potentially harmful (plastic) particles is a matter of great concern," the researchers wrote.

A new study found that plastic tea bags deposit billions of micro- and nanoplastics in a single cup of tea.

In total, researchers found 12 microplastic fragments with spherical or irregular shape. Most were 10 microns in size, meaning they were small enough to be transported in the bloodstream.

All of the microplastics had been dyed blue, orange, red, pink or violet and may have originally come from packaging, paints or cosmetics and personal care products, the study said.

Only small portions (roughly 4%) of the placentas were analyzed, suggesting that the total number of microplastics could be much higher.

The study authors did not know how the particles reached the bloodstream, but were likely consumed or breathed in by the mother.

"Further studies need to be performed to assess if the presence of (microplastics) in human placenta may trigger immune responses or may lead to the release of toxic contaminants, resulting harm for pregnancy," the researchers wrote.

Many Christmas sweaters are made of toxic materials that are contributing to the world’s plastic pollution problem.

Global production of plastics has reached over 320 million tons per year, and more than 40% is used as single-use packaging — leading to a massive amount of plastic waste.

More than 8 million tons of plastic is dumped into the world’s oceans every year, according to the nonprofit Plastic Oceans International.

"The degradation that plastics undergo when released into the environment is a serious issue," the study authors wrote.

Previous studies have found microplastics in food, sea salt and in drinking water. The implications of microplastics in the human body are not yet thoroughly understood, but scientists say these particles are considered foreign bodies, and as such, trigger immune reactions.

They can also act as carriers for other chemicals, such as environmental pollutants and plastic additives, which may be released and are known for their harmful effects, the study authors said.

The research team said microplastics were not found in the placentas of two other women in the study, which could be the result of different physiological, diet and lifestyle habits.