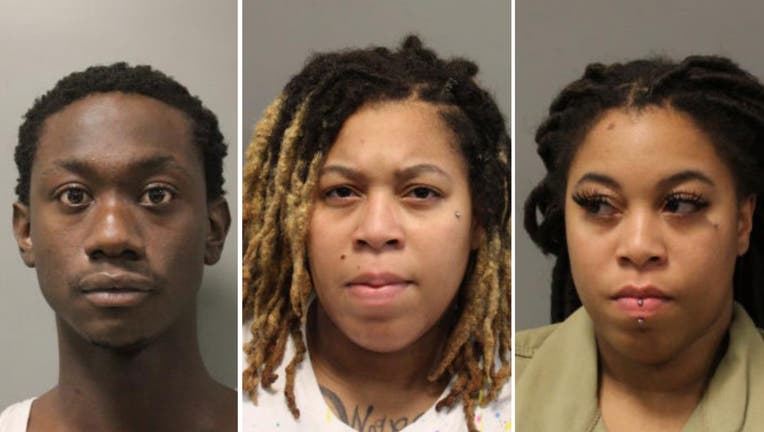 MONTGOMERY COUNTY, Md. - Three more people – including two of the victim’s sisters – are facing charges in connection with the strangling of a Montgomery County teen who had been sleeping at home.

In 2019, Tysean Lipford was given the maximum sentence – 30 years – after he admitted he choked 17-year-old Christian Matthews to death inside the townhouse he shared with his sister on Mondrian Terrace in Silver Spring.

On Friday, the Montgomery County state’s attorney’s office announced that Matthews’ sisters – Lemae and Leaundra Matthews – had also been indicted on conspiracy charges, as well as a second murder suspect, Daniel Howard.

Leaundra Matthews and Lipford dated, according to court documents, and had a baby together. Matthews was also pregnant with a second child that Lipford had fathered.

Prosecutors say that Lipford revealed Leaundra Matthews as a co-conspirator – and text messages provided evidence linking the woman to her brother’s murder.

According to investigators, Leaundra Matthews admitted to her mother and her aunt that she’d helped Lipford kill Matthews – and that she had no remorse saying, "It had to be done" and Matthews "wasn’t going to stop."

Matthews’ arrest documents say she told Lipford her brother had threatened her and their child and "he had to go."

According to the same documents, Howard – nicknamed "Ghost" – held the teenager down, while Lipford choked him to death.