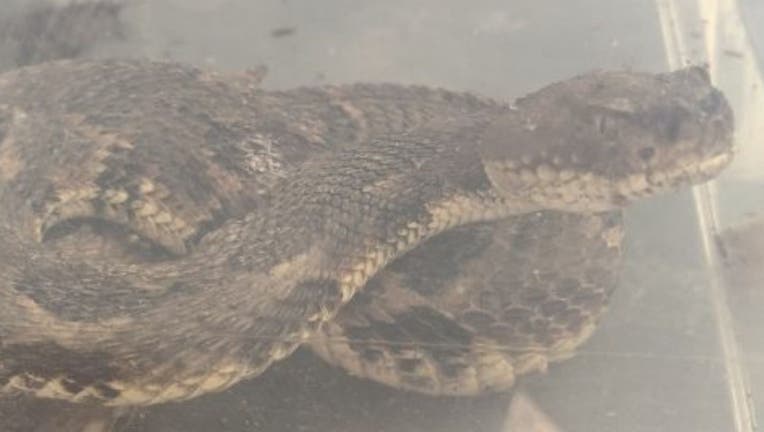 ALEXANDRIA, Va. (AP) - A rattlesnake was spotted slithering through a neighborhood in northern Virginia, a local animal services group said.

The Animal Welfare League of Alexandria received a call on Sunday about a snake in the Old Town section of the city. The poisonous reptile was "apprehended" by animal services officers and transported to a wildlife facility, according to a statement from the organization.

Timber rattlesnakes are rare in the Washington metropolitan region, the welfare league said, but it isn’t impossible for them to live in the area’s climate. They are endangered and will usually avoid contact with humans.

Virginia law prohibits animal services officers from interfering with wildlife that isn’t ill, injured or dangerous. The state’s Department of Wildlife Resources allowed the snake to be moved on Sunday because it was venomous.

It is illegal to own a rattlesnake in Alexandria without a special license. The animal services officers didn’t see any signs of other snakes or a nest.