A North Texas rapper was sentenced to 55 years in prison on Tuesday by a Tarrant County jury after being convicted of murder last week.

Tay-K, whose given name is Taymore McIntyre, was part of a home invasion robbery in Mansfield that resulted in the death of a 21-year-old man and left another man injured in July 2016. Tay-K, 19, was found guilty of murder and aggravated robbery last week for the incident. He also pleaded guilty at the start of the trial to two counts of aggravated robbery for other people who were also in the home.

A jury on Tuesday sentenced the rapper to 55 years in prison for the murder of Ethan Walker. He also received sentences of 30 years and two 13-year sentences on the three aggravated robbery charges. The sentences will all be served concurrently.

Tay-K’s lawyers unsuccessfully argued during the trial that Tay-K didn’t know Walker would be killed by an accomplice, Latharian Merritt. Prosecutors said Tay-K knew what he was getting into and witnesses testified he had asked Merritt to be involved in the crime. 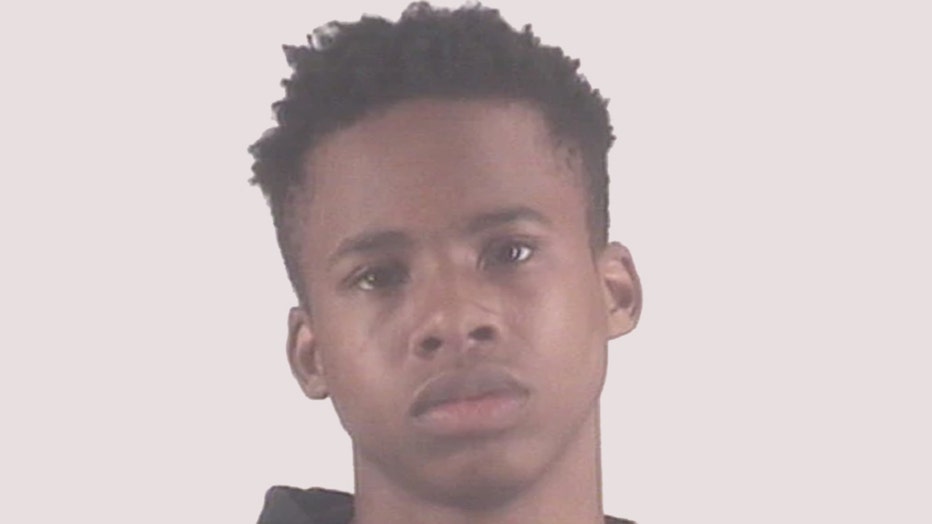 Tay-K still faces another aggravated robbery charge in Tarrant County and a capital murder charge in Bexar County. Both happened after Tay-K cut off his ankle monitor given to him after being arrested for the Mansfield murder.

Tay-K is accused of robbing and killing a man at a San Antonio Chick-fil-A in April 2017 and robbing a 65-year-old man in Arlington in May 2017. Those two crimes triggered a nationwide manhunt, which resulted in Tay-K’s capture in June 2017.

A song Tay-K recorded, “The Race,” was posted on YouTube while he was on the run from authorities. It made the Billboard Hot 100 following his June 2017 arrest in New Jersey.

He also created a mixtape, Santana World, while incarcerated. It was released by a record company, making more than a half-million dollars according to a report. The family of Walker and a survivor of the home invasion have sued the record label, seeking all profits from the mixtape.