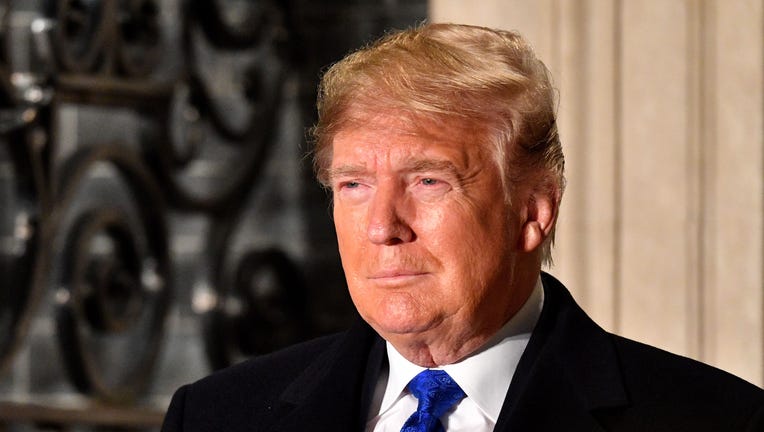 President Donald Trump arrives at 10 Downing Street for a reception on Dec. 3, 2019 in London, England. (Photo by Leon Neal/Getty Images)

DAYTONA BEACH, Fla. - President Donald Trump could attend the Daytona 500, as Daytona Beach International Airport confirmed to FOX 35 News that he will fly into the airport on Sunday.

According to the Orlando Sentinel, the DeLand Municipal Airport made the announcement and airport manager John Eiff confirmed that the airport "was told by the FAA to prepare for Trump flying into the area, the trip was not yet official."

A notice issued on the Federal Aviation Administration's (FAA) website says"expect VIP movement February 16, 2020 in the vicinity of Daytona Beach, FL.  Pilots can expect airspace restrictions in conjunction with this VIP movement."

The Orlando Sentinel reports that the DeLand airport stated that the FAA's Daytona Beach Tower “has advised us that there is a strong possibility that President Trump will attend the Daytona 500 Sunday arriving about 13:30 [1:30 p.m.] and sticking around for a couple of hours.”

During a news conference, NASCAR driver and former Daytona 500 champion Ryan Newman said he'd be happy to see the POTUS at the race.

“I hope he comes and I hope he gets my autograph.”

President Trump would be the third president to attend the "Great American Race" while in office. Former President George W. Bush attended in 2004 -- a race that was won by Dale Earnhardt Jr. Bush was the grand marshal for the Pepsi 400 in July 2000. His father, George H. W. Bush, attended the Daytona 500 in 1992.

Here's video of George W. Bush arriving in Daytona Beach in 2004 ahead of the race:

The Palm Beach Post reports that the president is expected to spend part of the President's Day weekend in Palm Beach, arriving Friday, Feb. 14 and leaving on Sunday, Feb. 16.

For complete coverage of the Daytona 500, go HERE.