Images from SKYFOX show a possible emergency helicopter landing at FedExField in Landover.

LANDOVER, Md. - An Air Force helicopter conducted an emergency landing at FedEx Field in Landover on Wednesday after what officials called a "hydraulic issue."

Five people were on board the craft at the time.

No one was injured during the incident, according to officials at Joint Base Andrews. 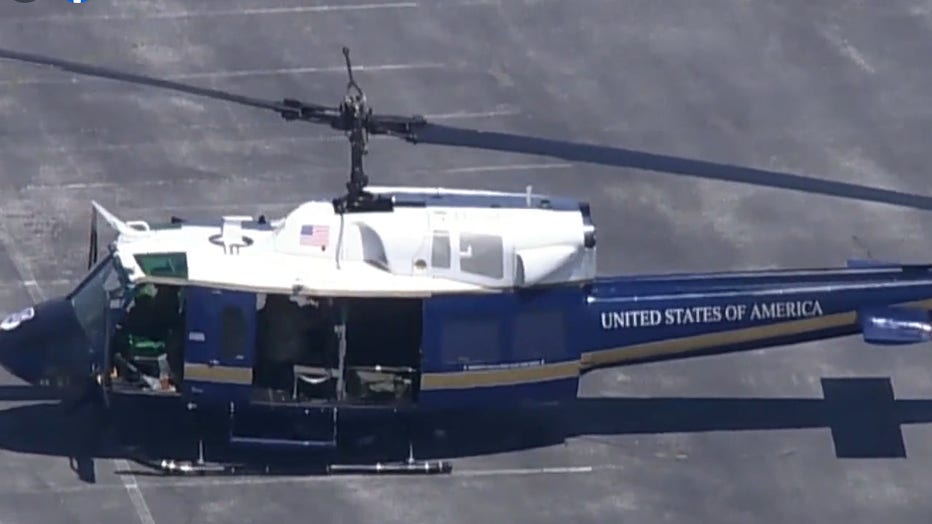 There is no evidence of a crash and there does not appear to be any injuries.

A second helicopter was seen landing in the parking lot near the first chopper a short time later before flying away. 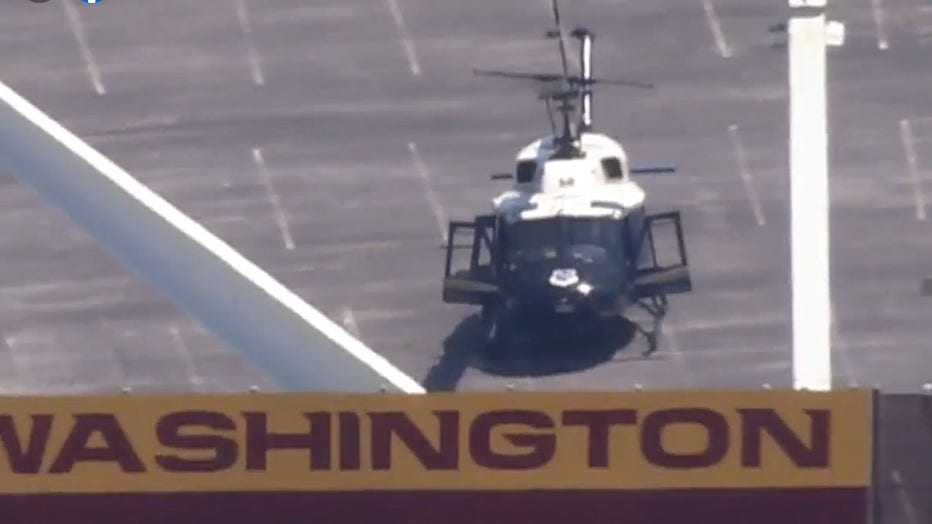 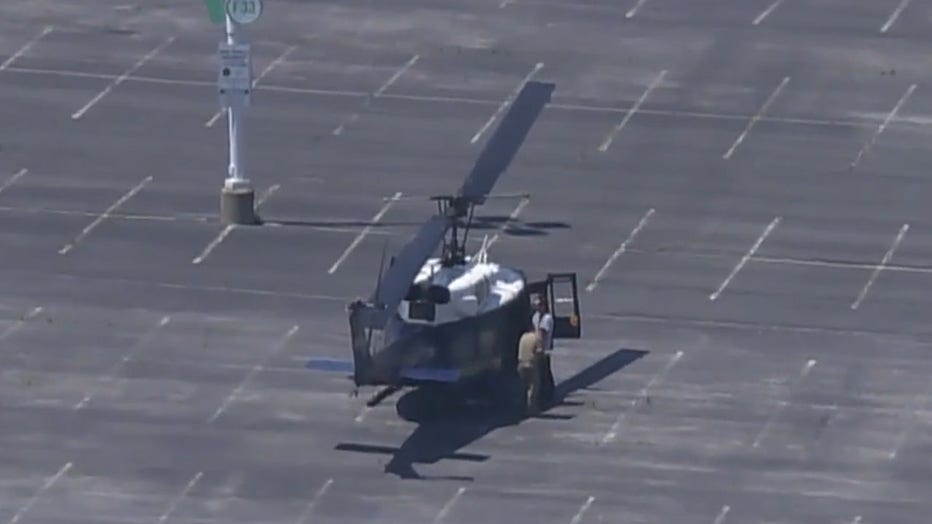