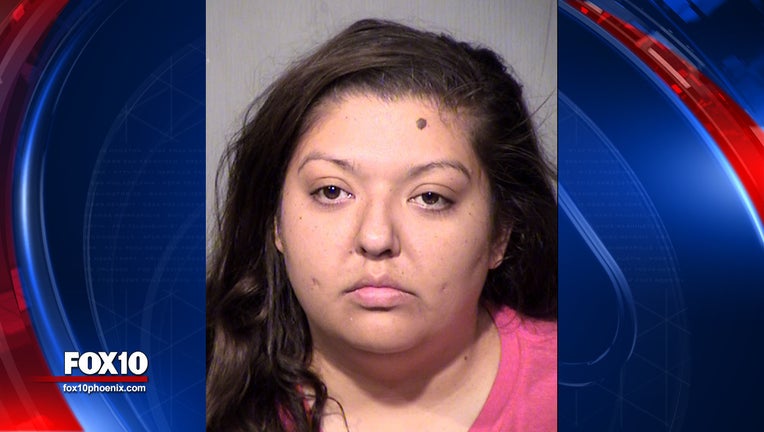 PHOENIX (AP) - A 27-year-old woman is accused of punching her 7-year-old son in the face, leaving his mouth bleeding, after telling him he was a poor lookout for his shoplifting grandmother.

Court records say Rebecca Gonzales was arrested on suspicion of aggravated assault Friday night at a Walmart store after police saw her spank, slap and punch her son in the parking lot and that the boy said it was because "he didn't look out for his grandma good enough."

According to the records, Gonzales had picked up her son at the store "where his grand was using him as a lookout in a shoplift."

The records didn't provide any additional information about the grandmother or don't identify a defense attorney for Gonzales who could comment on the allegations against her.