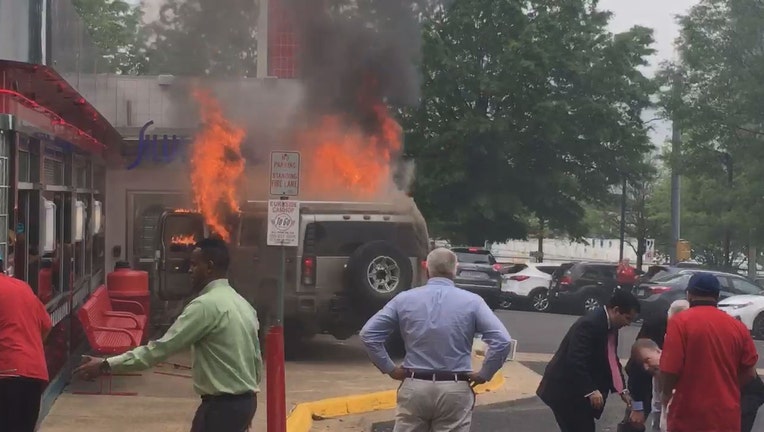 TYSONS CORNER, Va. (AP) -- Police say a man who rammed his sport-utility vehicle into a restaurant earlier this week intentionally set himself on fire during that incident.

Fairfax County Police on Friday said they have charged 59-year-old Samuel Abutoh of Springfield with malicious wounding and destruction of property.

The incident occurred Wednesday at the Silver Diner in Tysons Corner. A restaurant spokeswoman said Abutoh had been a cook there but was on bereavement leave.

On Friday, police said Abutoh intentionally drove his vehicle, a Hummer, into the restaurant multiple times, striking a 74-year-old man.

Police say Abutoh then poured liquid on himself and set himself on fire. Smoke from that fire was visible through much of Tysons Corner.

Abutoh remains hospitalized. Three others, including the 74-year-old man, were also injured.