A Montgomery County father is angry and heartbroken tonight after he says someone sexually assaulted his 13-year-old daughter as she walked along Rock Creek Trail.

KENSINGTON, Md. (FOX 5 DC) - Police say a juvenile female was approached from behind, wrestled to the ground and touched inappropriately while on the Rock Creek Trail in Kensington Tuesday evening.

Detectives with the Maryland-National Capital Park Police – Montgomery County Division say the sexual assault happened on the trail access located at Parkwood Drive and Clearbrook Lane at around 6:45 p.m. 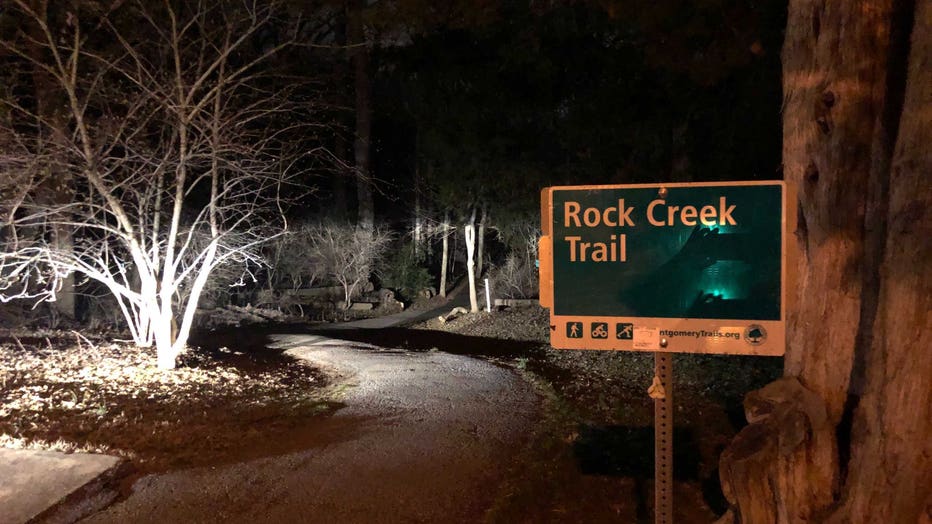 Police say a witness who was exercising nearby heard the juvenile scream and went to investigate.

When the male suspect saw the witness, police say he fled the scene on foot.

Police describe the suspect as a Hispanic male with a medium complexion, who is around 5’4" – 5’6" in height, skinny. He may be in his late teens to mid-twenties in age. He allegedly has a round face and dark hair. His clothing was also reportedly dark and police say he was not wearing a mask.

Detectives are now asking that anyone with information about this assault or the identity of the suspect to contact the Criminal Investigations Unit at 301-929-2748.