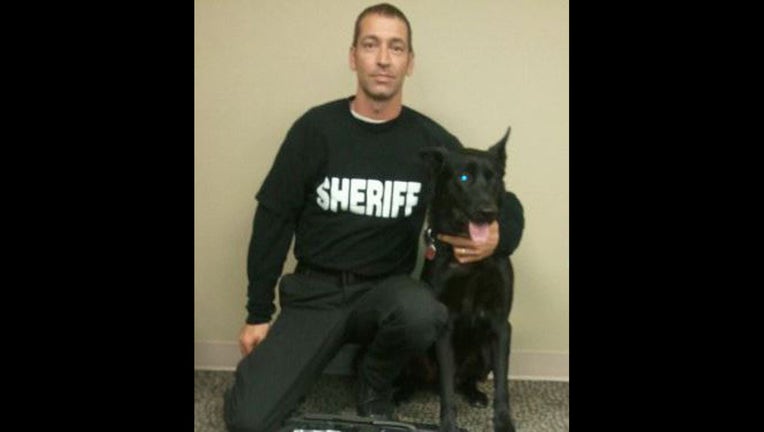 A police dog is being hailed a hero after the K9 saved the life of a Mississippi sheriff's deputy, ripping into the men authorities say dragged the officer into the woods Monday in an ambush attack.

A manhunt is under way Wednesday for the three suspects who beat Hancock County Sheriff's Deputy Todd Frazier and slashed him with a box cutter, The Clarion-Ledger reported.

"They told him they were going to slit his throat, and they were dragging him toward the woods," Chief Deputy Don Bass told the newspaper.

Frazier's life was saved Monday by his K9 partner, Lucas, a black Belgian Malinois who police say chased the assailants down before they could slit Frazier's throat, according to the newspaper.