It happened at Olney Avenue and Broad Street Wednesday around 3 p.m.

According to police, the gunshot victims range in age from 17 to 71 years old. They were taken to area hospitals where six are listed in stable condition and one is in critical.

Police initially reported seven gunshot victims but identified an eighth who walked to Albert Einstein Medical Center with a graze wound to his stomach. He is currently in stable condition. 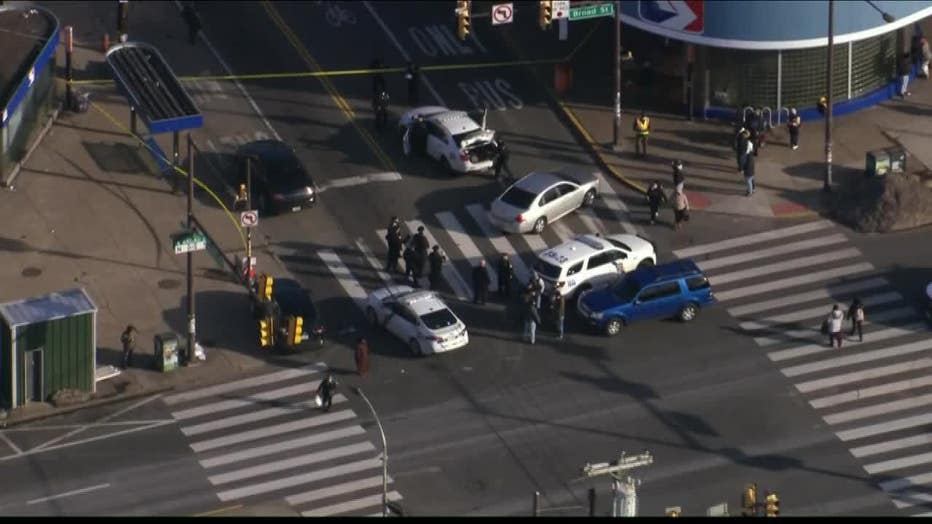 No SEPTA employees were hurt.

Two firearms were recovered and a person has been taken into custody. It’s unclear if they were involved at this time.

"Today’s mass shooting near the Olney Transportation Center, in broad daylight, is yet another tragic example of the vicious, outrageous, and unacceptable gun violence epidemic that’s threatening the lives and safety of our fellow Philadelphians," Mayor Jim Kenney said in a statement Wednesday night.

"I am beyond sickened. I refuse to accept this emergency situation as normal. We must rise together with one clear and united moral voice against the evil act of violence. People have the right to travel between work and home, and around town, without the fear of being shot, and possibly killed, by reckless, indiscriminate gunfire."