Linthicum, Md. - Icy conditions may have contributed to a plane skidding off of a taxiway after landing Thursday morning at BWI Marshall Airport. 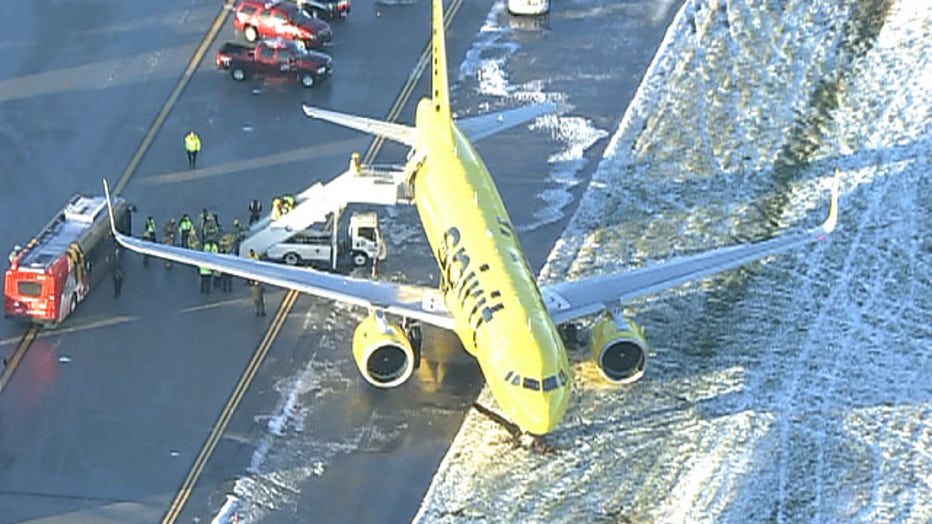 The incident happened around 6:18 a.m. after the Spirit plane landed at BWI from Las Vegas with 111 onboard. Officials say as the aircraft taxied to the airport terminal, it slid off a taxiway into the grass.

Images from SkyFox show the plane partially in the grassy area near the taxiway. No injuries were  reported. Airline personnel worked to move the passengers from the aircraft to the terminal using airport shuttle buses.

Plane skids off icy runway after landing at BWI Airport

Emergency crews are on the scene at BWI Airport where icy conditions contributed to a plane skidding off a runway after landing Thursday morning.

The Baltimore and Washington, D.C. region experienced their first major snowfall Wednesday which led to icy conditions across the region Thursday morning.