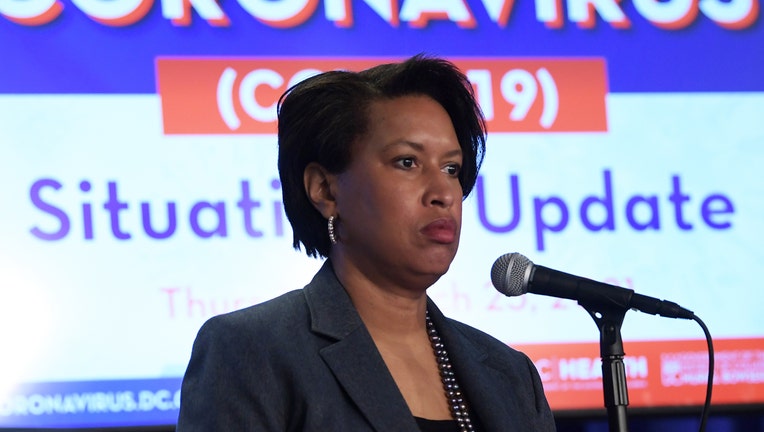 "When your asked to Dj for the Mayor!!! Happy Birthday @mayor_bowser," a caption on an Instagram post published by user Jeffrey Mercer Friday night says, accompanied by photos of Bowser and Chappelle attending a party. Bowser's birthday is on Monday.

Bowser announced a mask mandate in the city on Thursday, saying all residents would be required to mask up beginning Saturday at 5 a.m.

Her office did not immediately respond to Fox News’s request for comment on the photos or whether the mask mandate was put into effect Saturday so she could celebrate her birthday on Friday.

Bowser had also touted that Chappelle, a D.C. native, would be in the city this weekend, including at a show at the Anthem on Friday.

​​"DC is open and we are so proud to welcome home Dave Chappelle," Bowser said in a press release on Friday. "Washingtonians have waited months to be able to enjoy shows like this one again, and it makes it even sweeter to be able to reopen one of our favorite venues with a performance from one of the world’s most beloved comedians and a DC native, Dave Chappelle."

Meanwhile, her Twitter account posted messages on Friday urging people to mask up and "stay in this together," and also directing citizens to vaccination and testing sites.

Bowser was previously criticized for breaking her own coronavirus restrictions in November to attend President Biden's election victory speech in Delaware, which was considered a "high risk" coronavirus state at the time. Her staff, however, defended the trip and said it was "essential travel."