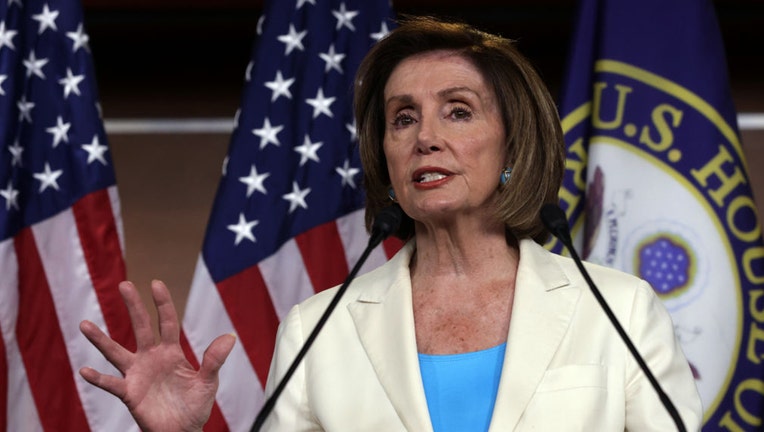 Shortly after suggesting on ABC's "This Week" that it was her "plan" to appoint Kinzinger, Pelosi's office sent out a press release making the announcement official.

"Today, I am announcing the appointment of Republican Congressman Adam Kinzinger, an Air Force veteran and Lieutenant Colonel in the Air National Guard, to serve on the Select Committee," Pelosi said in the press release. "He brings great patriotism to the Committee’s mission: to find the facts and protect our Democracy."

"On January 6th, insurrectionists attempted to overthrow the government during the worst  assault on the Capitol since the War of 1812," Pelosi continued. "It is imperative that we get to the truth of that day and ensure that such an attack can never again happen.  That is why we established the Select Committee to Investigate the January 6th Attack on the U.S. Capitol, which is bipartisan."

Kinzinger, who voted to impeach Trump following the Jan. 6 attack on the Capitol for inciting an insurrection, is the second Republican to be appointed to the committee. Rep. Liz Cheney, R-Wyo., was selected earlier this month and also supported Trump's impeachment.

Kinzinger sent out a press release in response to the appointment, saying he "humbly accepted" the position and "will work diligently to ensure we get to the truth and hold those responsible for the attack fully accountable."

"This moment requires a serious, clear-eyed, non-partisan approach," Kinzinger continued. "We are duty-bound to conduct a full investigation on the worst attack on the Capitol since 1814 and to make sure it can never happen again."

Pelosi announced this past Wednesday she was rejecting Reps. Jim Jordan from Ohio and Jim Banks from Indiana – two strong allies of former President Donald Trump – from joining the Jan. 6 committee due to past statements that she claims will hurt the "integrity of the investigation."

"With respect for the integrity of the investigation, with an insistence on the truth and with concern about statements made and actions taken by these Members, I must reject the recommendations of Representatives Banks and Jordan to the Select Committee," Pelosi said in a statement. "The unprecedented nature of January 6th demands this unprecedented decision."

Cheney defended Pelosi's decision to reject Jordan and Banks, telling reporters "I agree with what the Speaker has done."

"At every opportunity, the minority leader has attempted to prevent the American people from understanding what happened to block this investigation," Cheney said.