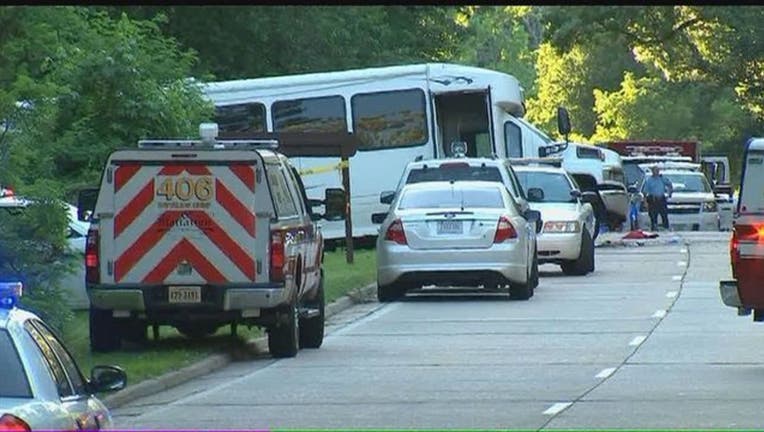 MOUNT VERNON, Va. (AP) -- U.S. Park Police have identified a 62-year-old Chinese woman who was killed in a June 14 head-on crash between a passenger car and a tour bus in which the bus overturned outside the nation's capital in Virginia.

Authorities said in a written statement Monday that she was Youfen Zhou. The name of her hometown was not available. Police say two other passengers from the bus remain in critical condition.

Zhou was a passenger on the bus when it crashed on the George Washington Memorial Parkway near George Washington's Mount Vernon estate. Police say the mid-sized shuttle bus was carrying 18 Chinese visitors and the driver, who was not injured. The car had two occupants. Police say passers-by helped right the bus so passengers could escape.