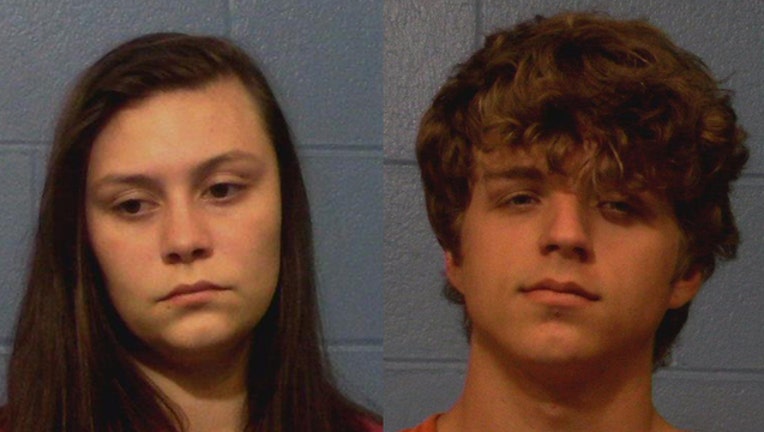 (Courtesy of the Williamson County Jail)

CEDAR PARK, Texas (FOX 7 Austin) - A seven-week-old infant's parents have been charged after the child was taken to the hospital with extensive injuries in early July.

The infant was transported by EMS to Dell Children's Hospital on July 6 with injuries including multiple hemorrhages and bleeding in the brain, seizures, strokes, retinal hemorrhage in both eyes, and multiple bruising injuries in the chest, abdomen, hip and tongue, according to doctors.

The Texas Department of Family and Protective Services (DFPS) contacted the Cedar Park Police Department in connection with the case on July 7.

Cedar Park PD found statements made by Woodard and Basques to be inconsistent with the child's injuries and the two were charged. Both were taken into custody on July 26.

Cedar Park PD is working with the Williamson County District Attorney's Office and DFPS. The investigation is still ongoing.