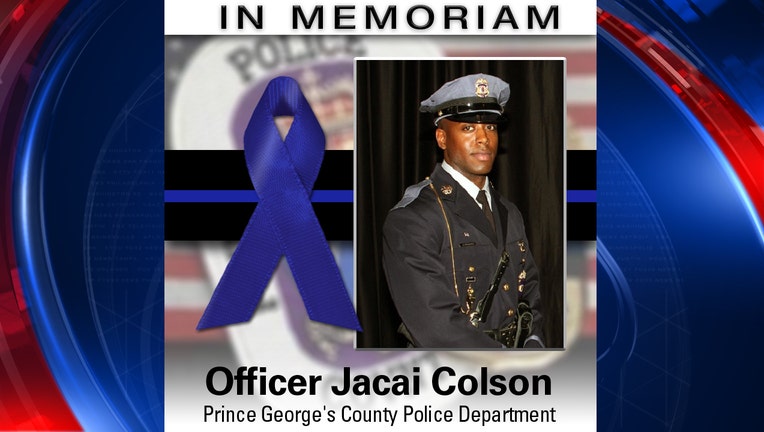 LANDOVER, Md. - Local police and community members are struggling to cope with the loss of another area officer killed in the line-of-duty.

On Sunday, 28-year-old Jacai Colson of the Prince George's County Police department was gunned down in an unprovoked ambush-style attack. Police officials say Colson was fatally wounded after a gunman opened fire outside of a police station in Landover.

Two suspects were taken into custody.

This act of violence against a law enforcement officer comes weeks after three Prince William County, Va. officers were shot while responding to a domestic violence call in Woodbridge. Rookie Officer Ashley Guindon, who was also 28, was killed in that attack.

Here is what some of our FOX 5 viewers have posted online about the string of attacks against local officers: