COVID-19 has been taking a toll on first responders, including firefighters and police, but the shortages caused by officers infected with the virus mean a first of its kind decision for the city of Hyattsville -- six officers who are under investigation for a deadly police-involved shooting have returned to the streets.

HYATTSVILLE, Md. - Six police officers from the City of Hyattsville are back on the job after the police chief reinstated them amid an ongoing investigation into their role in a deadly officer-involved shooting.

Police Chief Amal Awad said the coronavrius pandemic created a shortage of officers to respond to increased needs during the crisis.

"I made the decision to return the six officers to full-duty to ensure that the Department is able to meet the public safety demands of our City and that we are staffed to continue our law enforcement mission in the event any of our officers are affected by COVID-19," Awad said in a statement.

The city only has 36 full-time officers.

The officers fired their weapons in September, killing 49-year-old Leonard Shand of Bowie.

Police said Shand was wielding knives while standing in a parking lot near the Mall at Prince George's. 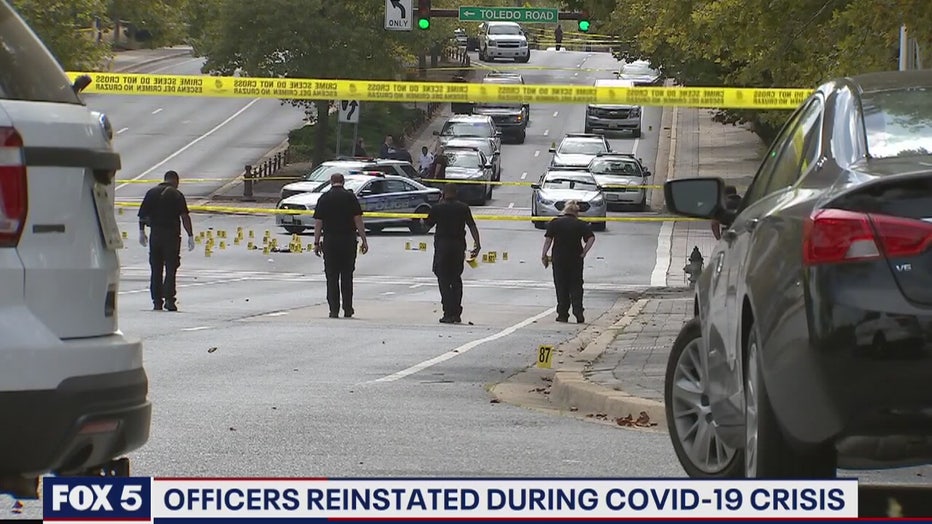 Officials say after nearly a half hour of trying to use less lethal force they fired their weapons when Shand approached with the weapons.