DC Police are looking for a man who they say terrorized a Catholic nun inside her Northwest home earlier this week.

WASHINGTON (FOX 5 DC) - A Catholic nun — who asked FOX 5 not to identify her — was doing some ironing in the basement of a Columbia Heights home she shares with some other nuns when she heard some movement on the floor above. She called out thinking it was one of her roommates.

Instead, a man in a hooded sweatshirt with his face covered came running down the stairs and grabbed the sister at gunpoint.

The sister says the gunman then grabbed her purse, poured out the contents and after seeing a credit card he asked for the PIN. She says she has never used an ATM and had no pin to give. The man then raised the pistol to her head and said "do you want to die?"

As the gunman went about the house looking for money, he put the sister in a corner in the basement and told her to stay there.

"He was shoving me back down into the chair and back into that little cubby hole in the basement and I had a blouse on and he would grab me by that and he would push me. He wanted to keep me with him but he wanted to look for money," she said.

DC Police released video of the hooded gunman as he climbed a fence in the back of the house and pulled an air conditioner out of the first-floor window. That's how he got inside.

While in the basement, as the gunman was ransacking some rooms, the sister made two attempts to call 911. She was caught trying to make the first call but then tried again.

"He was making a lot of noise. Her room was a mess, so I ran into the front room again where we have a landline and I called 911 and I heard him running up the stairs," she said. "If he heard me on the phone, he knew I was calling 911, I imagine he would guess it, so he ran up and so the person on 911 was very fine. I gave the address I said there is an intruder. I said I am afraid the guy is still in the house."

Within minutes DC Police had surrounded the house and sent a K-9 team in to see if the gunman might still be inside.

A surveillance camera shows the man leaving the house with a bag. He took one of the nun's laptops and an iPad. He also took the cash he could find.

Three days later, the bruises are still visible on the sisters arm where she says she was manhandled by the gunman. 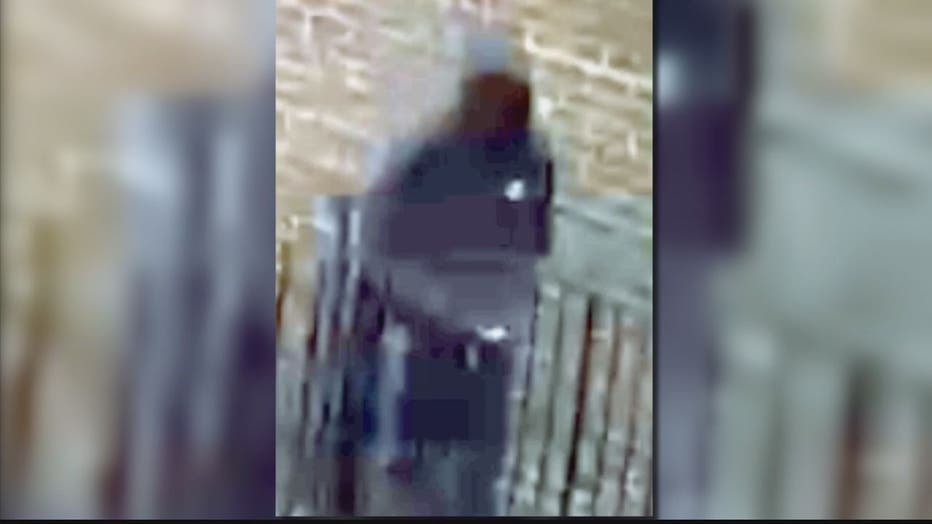